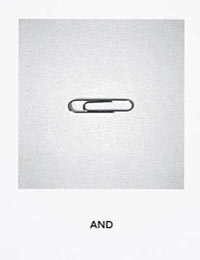 So alert does John Baldessari seem to the reality of 21st century experience built from image-text bites, that one can bet he’d cringe at this isolated snippet recently read: Baldessari: Founder of West Coast Post Modernism.’ Huge, titular, generic, proclamative, full of portent, full of hot air, and so familiar as to slither past any real scrutiny — just the sort of loaded info packet the artist loves to stop us at, to toy with.

Logging the 2009 Golden Lion for Lifetime Achievement award at the Venice Biennale, hundreds of solo shows — seemingly one running somewhere in the world at all times — an extensive body of erudite writing, scores of interviews where the poor man is asked the same lame questions, Baldessari’s stature, work and themes are so ensconced as to make us wonder what we can learn from yet another (this will be his third) retrospective. Quite a lot, actually.

Granted, few who care about art aren’t by now familiar with Baldessari. We know his early text canvases. The title of this survey, “Pure Beauty” comes from that 1966 temple scratcher that was just blank canvas with ‘PURE BEAUTY’ painted on it. (Later he refined even that audacious investigation of thought-text-art interfaces by letting sign painters do the text.) In Baldessari’s words, he was asking: ‘Why make a painting? Why not just say it’s beautiful and if people believe it, fine. If they don’t, then they don’t have to.” The inquiry into language and aesthetics thus began right after the ritual cremation of his earlier paintings.

We know well his photo-text works made from found B movie stills whose formulaic send-ups of  ‘betrayal,’ ‘exultation,’ ‘doubt,’ ‘50s cowboys,’ and of course ‘id-run-rampant,’ present themselves like things we think we know we thought about once, but never really looked at. That is not funny talk; that is precisely, it seems to me, the permutation that Baldessari concerns himself with: the process whereby thought habits, word habits, art habits, habits of desire and habits of culture construe the fabric of experience.

We also know his photos of simple things like a paper clip (included here is “Goya Series: And”), or sinister collaged visuals like a toe crushing fingers. These are often yoked to dark non sequitur phrases ripped off twofold because they are translations into English from titles of Francisco Goya etchings.

Familiar too are the large and sumptuous shaped collages spreading across walls, where photos of random things like fruit get abutted to images of swing dancers or mermaids. These unabashedly say that, however ‘post modern’ he is, Baldessari isn’t about to toss refined aesthetics and its relation to ideas of composition, color, surface tension, symbol, semiotics. In his art process he is an artist’s artist — after intrigue, pure beauty is what hooks us. The gorgeous “Hope (Blue) Supported by a Bed of Oranges (Life)” stands out.

Because of its overarching chronology and thoroughness, this show lets us observe Baldessari’s career- long consideration of just how such word-thought habits accrue, are disrupted (they rarely are, that is his job), exploded and re-hinged. We get to watch him make hay, play and dead serious, stunning art out of the über complex idea that individual thought/consciousness and collective reality is an architecture built from poetic, random ‘units’ delivered at nano speed from iPhones, computer screens, HD film, blogs, billboards, tweets, graphics, posters, ads making up the formaldehyde curing we float in 24/7. This was and remains his investigative field. Baffled L.A., New York and Chicago dealers sent him tracking in the late ‘60s, and ironically, he walked in off the street into New York’s Richard Feigen Gallery to land his initial solo show in 1970). It took the internet and our digital world to make his concerns prescient, timely, brilliant — hence the ‘granddad of Post Modernism’ quip.

This is not a show you ought to see because of firsts. Pop artists were giving us film stills, comics, lettering at about the same time, all couched as a celebration of low culture. When he was doing the simple text works, so were Joseph Kosuth, Bruce Nauman, Lawrence Weiner et al in other locales. Baldessari was and continues to come at media and language with a slightly different and more philosophical take. He was not then nor is he now championing the popular as high, nor was he saying the work of art ends at the artist’s ephemeral verbal idea (the Conceptualists’ sneaky way to re-co-opt originality once mass media and Warhol unraveled it).

Nope. Instead Baldessari continues to ask tough questions: What are the logical (early Wittgenstein) and ontological/existential (late Wittgenstein) relationships between word and image? Asked another way: What is the nature of representation and the structure of reality? Not small stuff, hard to swallow, handled with accessible pure beauty by a seasoned master artist who has earned this added career look. He is not always spot on, and like the media he delves into he can begin to quote himself on autopilot (the installation “Brain Cloud” is one exampe). But this is the decided exception in a show of over 150 works ranging from collages, artist books, and video to — here’s the draw — never before seen early paintings saved from the ritual fire because they were in a relative’s attic.

This is also an important offering because it was  jointly undertaken between LACMA and the Tate Modern. Two singularly talented curators, Leslie Jones and Jessica Morgan, drew on the holdings of both institutions and built the show by pouring for days over the artist’s extensive digital archives with Baldessari on-site to provide input. This then becomes in good measure the artist’s voice, not the curators’ imposition of his or her version of art’s history.

One can only marvel at the way that Baldessari’s serendipitous signs or units of representation are forced together spatially and associatively against the press of logic. By virtue of strategically placed paint that obscures faces, hands, eyes, key narrative tropes to produce a colored ‘path,’ the artist guides our eye and mind in quirky ways to derail sight and language reflexes.