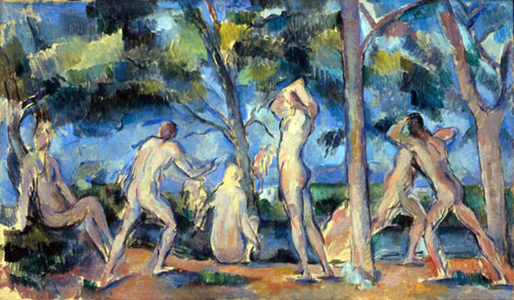 "Cézanne and American Modernism" serves to highlight the electrifying impact that Paul Cézanne exerted on early 20th Century American painters. He was truly a bridge between the Impressionists and the very earliest Modern Art. The show features 18 of Cézanne's canvases and watercolors, including several portraits, and a number of his highly stylized landscapes. Interestingly, there is also a selection of early 20th Century photographs by Edward Steichen, Clarence H. White, Paul Outerbridge and others that amply illustrates Cézanne's simultaneous influence on that medium, in their lighting of the subjects, and in their choice of subject matter.