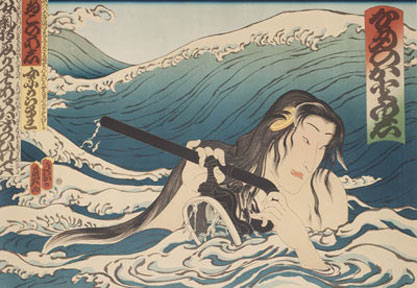 Before “Bladerunner” foretold the inevitable Asian influence on, well everything, before Gajin Fujita was fusing gutter graffiti with traditional Japanese panel paintings, heck, before Fujita was even born, Masami Teraoka was wrestling with the collision of East and West in his ukiyo-e styled works. Fresh from Kobe, Japan and studying art at Otis back in the late 60’s, Teraoka channeled his woodblock guru Utagawa Kunisada in delicately tinted watercolors that bespoke a foreigner’s confusion and horror at a world being overtaken by McDonald’s and 31 Flavors. This early period is revisited with nearly 100 works on paper, including many rescued sketches and original studies that have never been shown before. This work is both masterful and prescient, and more immediately offers relief from Christopher Russell’s new work in the gallery’s Chapel space (Samuel Freeman Gallery, Santa Monica).