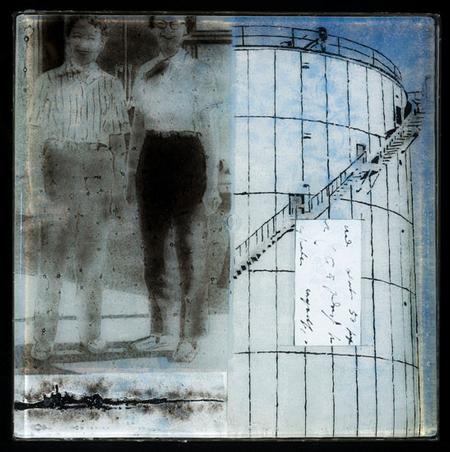 It is such a simple infinitive:  to paint. But the formal and thematic implications of what it means to paint, have been the subject of long and often heated debate.  Adding a new wrinkle in that ongoing discussion is the point of "Facture:  Artists at the Forefront of Painterly Glass." The exhibition posits that kilnformed glass’ unique material properties allow it to function both as surface and solid; and that its inherent three-dimensionality makes it uniquely able to exploit the quality that painters historically have striven to capture:  light itself.

The six artists included in the show illustrate this thesis in diverse ways.  Kari Minnick takes a geometric approach, subdividing her picture planes into geometric components overlaid with organic marks, which approximate painterly brushstrokes.  Jeff Wallin’s intricately distressed surfaces and eerie human figuration suggest the depths of psychological portraiture, while Michael Janis, in works such as "Seeking Clarity," overlays imagery as in collage.