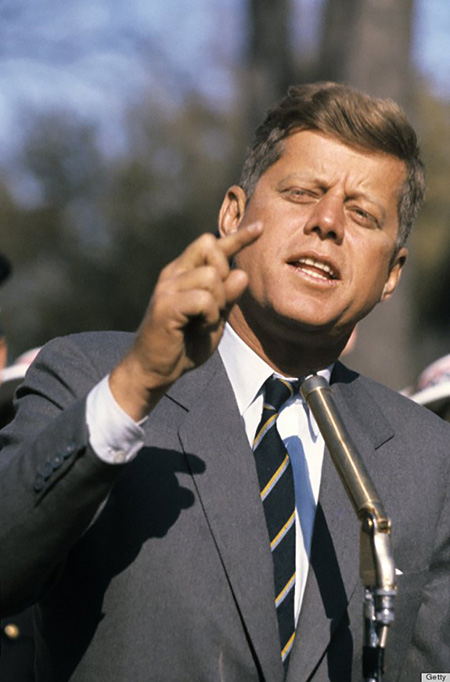 In March 2016, I wrote a commentary for my hometown newspaper, The Oregonian, entitled “Donald Trump is the Product of our Debased Culture.”  (https://www.oregonlive.com/opinion/2016/03/donald_trump_is_the_product_of.html) At the time, four months out from the Republican National Convention, Trump was competing against a dwindling handful of other candidates for his party’s nomination. “His troubling ascent,” I argued, was “no aberration, but rather the culmination of our long cultural descent from respectful discourse and decorum into a morass of shallowness and incivility ... In an era such as ours, is it any wonder so many are flocking to a man who addresses supporters on a third-grade reading level; speaks in repetitive, monosyllabic cadences; and, more dangerously, espouses policy grounded in the insidious moral shorthand of xenophobia?”

It’s an understatement to observe that in the years since Trump won the nomination and subsequently the presidency, he has dragged the nation down with him into an ever-deepening cesspool of crudity. To cite a recent example, in his September 29 debate with Democratic challenger Joe Biden, Trump’s pathological barrage of interruptions and insults left pundits searching for phrases sufficiently dramatic (“a disgrace,” “a national embarrassment,” “the worst presidential debate in living memory”) to convey just how precipitously our standards for political engagement have tanked.

Given what we already knew about the bully-in-chief years ago, no one ought to have been surprised by the debate’s debasement. What’s more, as I held in my 2016 essay, we ourselves have been to varying degrees complicit in driving this country toward Trump’s abyss. (Plenty of readers strongly disagreed with this contention.) “None of us gets off the hook,” I wrote. “We picked our poison, and we got it. Donald Trump is the Republican nominee — and if it comes to it, the President — we deserve ... If it happens, don’t say we didn’t ask for it. We didn’t just get stuck with Donald Trump. We earned him.”

What I meant was that the erosion of substantive discourse as a value has roots in the seemingly small departures most of us have made, at some point if not with regularity, from what was once quaintly called ‘good manners.’ We have forgotten how to behave. Thank-you notes (even thank-you emails!) are a relic of a bygone age. In public spaces we curse a blue streak within easy earshot of strangers and think nothing of it. We don’t dress up for the opera or church; the American penchant for informality has merged with sloth. We cut people off in traffic, honk our horns on a hair trigger, yell out the window, and give people the finger. Online we flame people with opposing views with vicious comments, often anonymously. We have lost our patience with measured, extended discussion of complex issues, preferring the easy pabulum of sophomoric nicknames and short, dismissive tweets, acronyms, emojis, and memes.

These devolutions are not endemic to a particular political party. Red, blue and purple, we have participated over the decades in behaviors that have slackened our capacity for kindness, chipped away at our expectation of dignity and common purpose among our public servants, and ultimately led to a world in which the President of the United States has come to embody the pettiest, most mean-spirited, ignoble and execrable characteristics we are capable of as human beings.

This extends to — or perhaps is grounded in — Trump’s defilement of the English language. For myself as a writer and lover of language, the last three years and 264 days (at this writing) have been a gut punch. Certainly there are far more egregious atrocities we could condemn this president for: selling us out to Russia, giving cover to white supremacists, pulling out of the Paris Climate Accord, spreading vile conspiracy theories, removing protections for endangered species, labeling the free press “the enemy of the people,” engaging in shameless nepotism and self-dealing, and lest we forget, effectively causing the death of 215,000 (and counting) Americans through his inept and nakedly political mismanagement of the COVID-19 pandemic. However, I must confess that what at times galls me even more than those monumental betrayals is the way he mauls words, sentences and punctuation marks. I’m just so profoundly sick of the constant misspellings, grammatical errors, screaming all-caps tweets, gratuitous exclamation points, capitalization of random words for no reason, the word salads and Orwellian doublespeak, and the overarching use of communication as an amplifier of grievance and emotional incontinence.

A lot of people thought the whole “covfefe” business of mid-2017 was funny. It wasn’t, unless lobotomies are funny, too. How we write and speak are extensions of how we think. This is a man with mush for a mind, who unfortunately also possesses a dastardly talent for simultaneously bastardizing and weaponizing the tongue of Shakespeare and Spencer; Yeats, Dickinson and Plath; of Lincoln, Douglass, Churchill and King; of Austen, Melville, Woolf, Baldwin and Angelou. Yes, language can uplift, console and rally, but it can also confound, inure, obfuscate and fabricate, all moves from the Trump playbook. As he has dismembered the very fundaments of intelligible writing and speech, he has divorced words and the concepts they define from the bounds of meaning itself. This is a useful strategy if you’re an authoritarian aiming to gaslight a populace and thereby more effectively control it.

I continue to believe that this unholy syntactical superpower of Trump’s is made possible by (among many other factors) our incremental devaluation of standards for private and civic decorum. Just as not giving a rip about the distinction between “your” and “you’re,” or spiffing up for the theater versus dressing like a slob, so political distinctions can seem arbitrary and supercilious — until they aren’t. The stylistic and substantive chasms between an orator like John F. Kennedy and a rage-tweeter like Trump is one of degree, not principle. Between an informed citizenry and a herd of lemmings, a democracy and an autocracy, there are a hundred-thousand baby steps.

We now have a chance to begin the restoration at least some of the norms the current presidency has dashed and reverse the coarsening that has afflicted our politics. I would never try to make a case that Joe Biden is a master orator. “C’mon, man!” is no “We shall fight on the beaches ...” But he does quote Seamus Heaney on the campaign trail (https://www.washingtonpost.com/nation/2020/08/21/seamus-heaney-biden-dnc-speech/), he can make a subject and verb agree, and he isn’t afflicted with Metastatic Hyper-capitalization Syndrome. That’s a good start. More importantly, Biden’s emphases on unity over divisiveness, empathy over narcissism, listening versus declaiming, and bipartisanship over scorched-earth polarization might just restore a measure of respect and civility to Washington, D.C., and to our damaged alliances around the world — and in so doing, set a better, nobler example of how grown-ups conduct themselves in matters that matter, large and small.