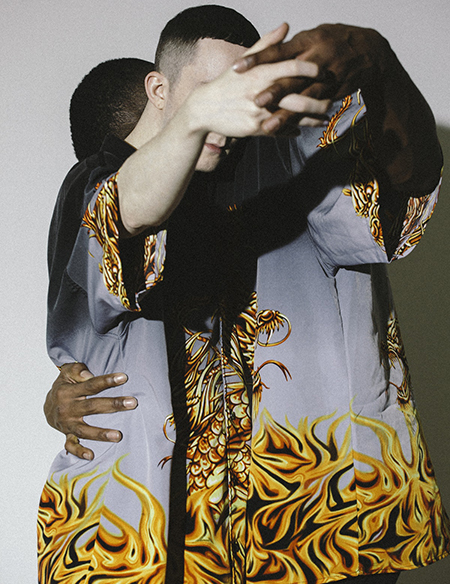 When I saw the announcement for the Art Institute of Chicago's upcoming Manet show, their annual summer blockbuster staged to attract maximum crowds during tourist season, I got excited. I flashed on the most memorable features of the most famous Manets — the radiant nude picnicking with clothed men in "Le Dejeuener sur l'herbe," the world-weary young woman behind the bar at the "Folies-Bergère," the frank, cold face of the nude "Olympia." I hoped for a fresh take on these modernist chestnuts, a post #MeToo redo worthy of a major museum. I hoped the show would consider historical context but still call the artist out on his shit.

When I was in school — decades ago — and we got to Manet we heard about the newly flat picture plane and the Salon des Refusés. Then, maybe to keep us awake in the dark lecture hall, the professor tossed out this titillating lagniappe: Manet's favorite model (his "muse" as she was always called) was a prostitute. He didn't tell us her name, Victorine-Louise Meurent, or that she was also a painter.

But that was decades ago. A twenty-first century Manet exhibition would interrogate what those paintings mean now, not to erase the artist's inventions but to acknowledge the female flesh at their center, flesh that had hitherto been understood only as a beautiful prop, a given, like trees in a landscape. A modern Manet show would address what the figures in those paintings have meant to generations of art students, artists and museumgoers. I fantasized a fresh and honest conversation about the male gaze. Then I read on.

According to the museum press release, "Manet and Modern Beauty" promises "a radical new alignment of modern art with fashionable femininity." It tells us to look forward to paintings of women wearing clothes that represent the seasons.

They're wearing clothes. I guess that's good. But fashionable femininity? I understand the show features the artist's later work, but they couldn't make it sound any more irrelevant if they tried.

Now, I love the Art Institute of Chicago. I do, with a love that is loyal and true. As a kid I sat on their campstools and spaced out to the modulated tones of well-meaning docents. I never questioned why these visits routinely involved trooping past pictures of naked women, or why, in high school when I took classes there, our models were all female. Why should I? That's what art was, wasn't it – renderings of great expanses of squishy pink (always pink) female flesh? Coy glances over bare shoulders, huge rippled rumps aimed at the viewer (me!), buoyant blushing tits cascading out of bodices or freely floating in creamy seas of flesh? Later my college art history text confirmed it. Art was a world where you knew better than to complain that an awful lot of titles began with the word "rape." It didn't literally mean that, our professor proclaimed with dismissive hauteur, standing in front of a huge projected slide of a particularly salacious rendering of the Sabine women. It meant, he said, carrying someone off against their will. No one asked why the people being carried off were always female.

In college we spent whole semesters drawing naked women, attempting to transform them into nudes while our male professors strode around waving their hands, talking about volume and proportion, commenting on the goose-pimpled flesh before us. They pointed at body parts as if they were fruits in a bowl. Look at the curve of that thigh, they'd say, and we obeyed. Most of us were girls, perfecting the art of looking at the world through men's eyes. Exactly one time did a man model for us. He was a local guy, an affable trucker named Bud, with a big belly that cast a shadow across his shy penis. We got out our charcoal and went to work, but we were embarrassed. More than that, we were shocked. Men weren't supposed to be objects. Later, when I needed a break from waitressing and someone invited me to model for the art department, I took the job.

Thing is, I loved figure drawing and I love nudes, some at least. Try as I might to hate Picasso for his misogyny, I can't. I don't want to ban any art. But at this late date, to fail to address the issue, to trot out pictures of pretty girls, clothed or not, year after year and say it's all about aesthetics and the history of ideas, just seems like a lie.

So, what to do with all this unwoke art? I propose a curatorial initiative in which museums around the world get together and declare an International Summer of Women. Simultaneous shows would open across the globe, curated by women, composed of or based on images of women or by women from the museums' collections. Curators would be free to interpret the project as they chose and encouraged to draw from all historical periods. They could show only those objects they felt were respectful or vice versa, pairing objectionable works with equal-sized or larger blocks of damning text. A curator could deem all the work in her collection unshowable and turn off the lights for a month or only exhibit work by women or only show postage stamp-sized black and white reproductions of works they deemed degrading.

It's not that the AIC isn't woke. Currently they're showing "Anne Imhoff: Sex." It's just that something needs to be said about all that old unwoke art they keep trotting out. I worry that families who bring their kids to the museum this summer will hustle them past everything else, straight into the big hall of fashionable femininity.

It doesn't have to be that way; alternatives abound. I came away from "Big Camera/Little Camera," the Laurie Simmons retrospective that just closed at the Museum of Contemporary Art, also thinking about nudes, but constructively. In her new work, Simmons has photographed friends and family without their clothes, then painted clothes over them, though we still see the bodies beneath. The photos made me think about nakedness and artifice and how the way we make ourselves more real to others and ourselves through expressive adornment is both language and shield. The work made me think about vanity, modesty, self-invention, lies. Here's a truly contemporary take on beauty and the female body.

As for "Manet and Modern Beauty," I hope for the best.