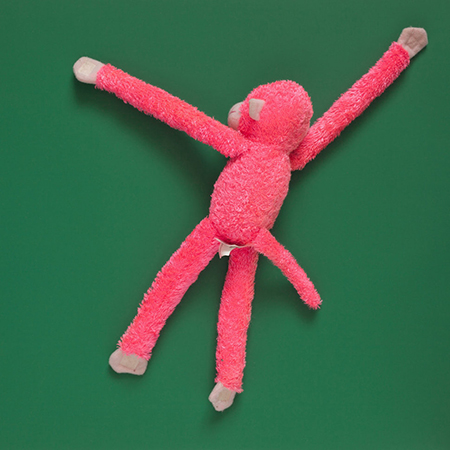 “Art is the lie that enables us to realize the truth” said Picasso to bold face the creative requirement of artistic license and free expression. To bend and distort what is real with aesthetic purpose is not only a stimulus to the imagination, it is essential to the emergence of new forms that fuel our species’ capacity for self-improvement. It lies at the root and of translating the possible into the functional. As such, art precedes the prosaic.

Of course, there is a completely different category of lying, and in today’s America we are wallowing in it. We are force-fed lies on a daily basis by liars led by a liar-in-chief, and this poison is the very opposite of creative destruction. The singular intent of these type of lies is deceit. The nature of these people’s deceit veers far from a simple-minded notion of self-preservation, a merely defensive act that is certainly present. Theirs is the sort of deceit that is deployed knowingly for the grand purpose of subjugation. When Jeff Sessions referenced Romans 13 from the New Testament (“Let everyone be subject to the governing authorities, for there is no authority except that which God has established.”) the depraved moral reverberations were amplified by the echo of that very verse having been invoked to justify slavery. This is not merely about the subjugation of the foreign others; it is about the conning or cowing of the American people. Far more than a whiff of authoritarianism, it is only the latest bold step into attempting to transform the United States of America into the most virulent totalitarianism of a major state since the fall of the Soviet Union. It is hopeful that resistance to this is political and creative, and it is broad. But is it deep and willful enough?

Many artists have risen to the tenor of a time that is flirting with reversion to a world that came within a whisker of global suicide, and whose price to survive the period was a tidal wave of wasted lives. Their alarm is not surprising. Picasso’s “lie” of the creative imagination that artists perpetrate is exactly what bolsters our ability to see over the psychopathic wall, to elucidate our grasp of the unilateral power wielded by the dictator, to understand the risks we take by exercising even the most passive resistance. The paintings of Ramiro Gomez focus his and our attention on the invisible beings who service the bosses while always poised on the edge of the abyss of those bosses’ will. They occupy luxurious spaces that are never to be theirs, from which they may be easily removed and returned to whatever oblivion they were born into. Adrián Villar Rojas has been fashioning and placing his personal version of Hornero birds’ nests as obsequious sculptures placed in hidden spots in numerous cities. They serve as a signifier of the penetration of the powerless beneath the notice of the roaring giants engaged in futile wall building. The examples are legion, some aesthetically more intriguing than others, there to pound at or tickle our intellectual and moral sensibilities.

The binary is behavioral and exercised with as great a contrast as possible. Honeyed praise may be followed by dark condemnation, both fictitious, from one day to the next, from one hour to the next. The lie is not regarded as a moral compromise let alone a regrettable misstatement. It is the magical source of the power of one over all others. It is the wand of dominion. The victim promotes the lie by repeating it, and by defending themselves assumes the appearance of the guilty party. Thus arrives the very different lies of art.

More than 30 years ago Mike Kelley started stuffing toy animals in an effort to understand the myth of childhood innocence. For Kelley the original toy to which he was reacting amounted to an emotional transaction with the parental giver. Consider what the child receives in pleasure and security while still dependent on the adult to provide or withdraw what the toy symbolizes. Only for the child the distinction has no meaning. Looking at his deliberately perverted toys now is suddenly, rather shockingly topical and relevant. The lies of the authoritarian are exposed by Kelley’s informed distortions. But an ordinary stuffed toy confiscated from a Central American youngster being held in a detention center apart from his/her parents, as photographed by one Tom Kiefer, will change the world.

A photographer who worked for years as a janitor at a border detention facility, Kiefer’s “Pink Monkey Buddy” is an image that ironically smothers the monster in its own filth. It’s the very sort of stuffed animal that Kelley reflected on so poignantly decades before the arrival of American fascism. Kiefer’s “Monkey” splays out its quaint subject, back to us, arms outstretched in both joyful exhilaration and abject surrender against a flat, green ground, standing in for the criminalized child who has been separated deliberately from his/her parents, then further demeaned by its confiscation. No longer just documentation, this “Monkey” is art of the highest order. It is one of those images that we can carry into the voting booth in a few months, weaponized to deadly effect against something vile.