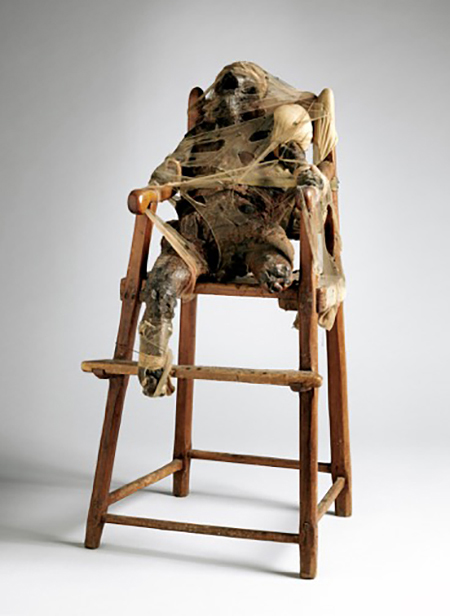 It is no surprise at this point in America's cultural history that the avant-garde — during its glory years of various mad and bad and dangerous and impecunious tactics — has been co-opted by the growth of the global art market and art's diffusion into fashion and entertainment. Art students who once aspired to set the world afire now focus on realistic career goals rather than shocking the now blasé, unflappable bourgeoisie. SFMOMA's huge retrospective of the work of Bruce Conner (1933-2008), a longtime Bay Area culture hero, is thus all the more important now for reminding us culture consumers of what an uncompromising creative career could be. In the wake of Trumpocalypse it reminds us what a serious avant-garde artist — not today's tame purveyors of deluxe balloon dogs — could accomplish.

Conner was an exemplar of the artist as outsider and social critic, though hardly what anyone could or would call a traditional political artist. He was an aesthete with a finger on the pulse of Amercan culture and his own obsessions and explorations. Indeed, considering Conner's well-known aversion to career success, which led him to subterfuges like creating false identities and even declaring himself dead, it is both fitting and ironic that the museum should be giving this reclusive Nebraska-born multimedia artist the red carpet treatment.

Conner's unruly, anarchic works, primly installed on the fourth floor, nonetheless work their dark magic. Here SFMOMA looks less like a cultural tourism mecca and more like a treasure trove of counterculture sacred relics whispering their sweet nothings to the attuned viewer — or listener, keeping in mind that Conner's filmmaking made powerful and sometimes ironic use of music, from the Stravinsky-like dirges in "A Movie" (1958) to the rollicking music of David Byrne and Brian Eno in "America is Waiting" (1981). Conner's work, shaped by the eclectic milieu of the Bay Area, seems ever more aimless and universal; with its examinations of sex, death and transcendence, it's spiritually unsettling, bearing comparison with the Oceanic fetishes across town in the deYoung Museum's Jolika Collection.

In 2000, the de Young Museum mounted a large traveling show of Conner's work, aptly entitled "2000 BC." Small selections of his work have also been shown in recent years. In 2008, his photos of the punk scene at Mabuhay Gardens were shown at the Berkeley Art Museum. In 2014, his hallucinatory faux-calligraphy inkblot drawings were shown, along with works by the San Francisco artist Gay Outlaw, at Gallery Paule Anglim in downtown San Francisco (which also has a current show of works by Conner at that location). In 2015, Conner's works on paper, comprised of drawings, prints, photos and posters, were exhibited at the San Jose Institute of Contemporary Art; "Bruce Conner: An Appreciation" inspired me to take on the foolhardy task of evaluating Conner's entire oeuvre.

The current show at SFMOMA has already been admirably reviewed by Mark Van Proyen for SquareCylinder.com. It's recommended reading it for prospective visitors to the Conner subconscious. The artist apprised the mechanizing, monetizing aspect of  American capitalism as "a crucifixion of the spirit all the time," and praised creative, positive individuals who could "shine though that" and illuminate the outer darkness.

We have entered into a dark, mendacious time, and we may be tempted to seek escape. That's certainly understandable, to a degree, but we also need to face very real inconvenient or unpleasant realities. Rebecca Solnit notes in her essay on Conner in "Secret Exhibition: Six California Artists of the Cold War Era," that "His [Conner's] work is a dialogue between spirituality and social oppression … [with] a finely honed sense of horror and a concern with the — to use his word — deformation of individuals by society." Conner's anarchic, spiritual art helps us do that and, in the words of Lake Wobegon's Garrison Keillor, "to get up and do what needs to be done."