On the Other Side of the Crevasse
Column by James Yood 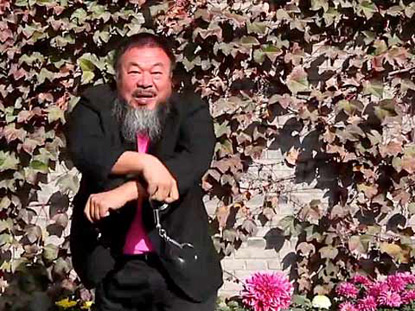 Really, nothing would give me greater pleasure than to declare that the great recession of the early 21st Century is officially over. Can’t do it, though, but it’s certainly bound to happen, perhaps soon. And what’s the art world going to be like on the other side of this crevasse, how have these last four or five years changed the procedures and milieu of contemporary art, how will things look different in, say, 2016 than they did in 2006?  Because they will — culture (and many other things, for that matter) doesn’t swing like a simple pendulum: good times, hard times, good times, hard times. It’s more like a pendulum always lurching forward in space, good times, hard times, then good times but somehow different from the previous good times because of what happened in the intervening hard times, each swing taking us somewhere we’ve never quite been before.

We all know the cost of this recession: galleries closed, publications that didn’t make it, buildings that weren’t built, etc. There’s been the kind of hunkering down that’s always the dreariest aspect of a moment of lowered expectations, the sense that we’re in a time that is to be endured rather than celebrated. Reduced budgets everywhere led to some structural changes that I’m guessing will be permanent, galleries that were marked by monthly rotating exhibitions now regularly make those six or seven weeks in length, giving us less art for longer. Museums too are doing fewer large exhibitions and running them extra weeks. Blockbuster exhibitions don’t feel quite as blockbustery as they used to do, there’s a kind of belt tightening in terms of design and ambition that I think might be here to stay. (And, sniff, sniff, museums that used to provide me with a courtesy press copy of a catalogue when I was reviewing their exhibition for publication are starting to hem and haw about it, and in one case refused to provide one at all. This means that money I had specifically set aside for alcohol and baseball tickets has to be reallocated.)

But a lot of this is sort of inside the beltway stuff, everybody is trying to do as much as they can with less, taking great advantage of the internet. A decade ago I received about 10 or 15 pieces of art related mail every day; today I receive one or two, with the rest of the information stream transferred to e-mail. I do miss those actual non-virtual postcards for exhibitions, they made such great bookmarks!  Catalogues are now pdf’s, criticism and opinions now online, all this was probably going to happen recession or no, but it seems accelerated a bit, and we haven’t figured out what the ramifications of all this might be, as we enter a post-archival universe.

The biggest shift between what recently was and will soon be is certainly going to be attitudinal. I mean, let’s remember where we were just before the recession hit. The major art stories of 2007 and 2008 were things such as Damien Hirst’s "For the Love of God," his $100 million platinum skull encrusted with over 8,000 diamonds, or Jeff Koons’ 2008 exhibition at Versailles or the sale that year of his "Balloon Flower (Magenta)" at Christie’s for over $25 million. That sense of exuberance, of conspicuous consumerism and art world hijinks, of flaunting it big time, of über gee gaws for the mega-rich, now looks vulgar and tawdry, adolescent and trivial. Tough times has sobered us up and chastened some of our excesses.

But then again I’m very bad at predicting the future; if you don’t believe me, you can ask President Kerry. I take a lot of heart, though, from the coolest thing I’ve seen all month, Ai Weiwei’s remix of "Gangnam Style" (http://www.youtube.com/watch?v=n281GWfT1E8). If he can eke such exhilaration and joy out of such bone-crushing pressure and hardship, so might we.