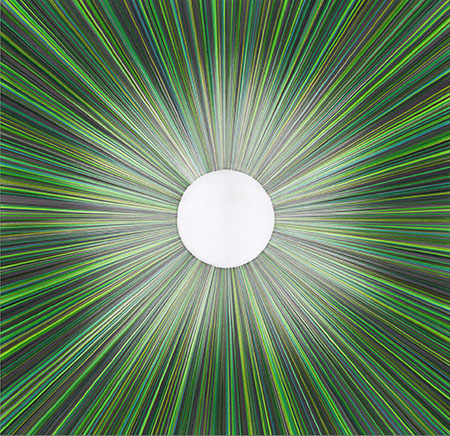 Although Portland has one stand-alone art museum as opposed to Seattle's three and San Francisco's four, Portland Art Museum's Met-like expansions along the Park Blocks (their Central Park) retained Pietro Belluschi's classic Roman travertine and Mussolini-style red brick building. A Masonic lodge nearby was annexed and turned into a four-story repository for, among other things, the personal collection of art critic Clement Greenberg; the Evan Roberts 20th-century sculpture collection; and a cinemathèque unparalleled north of Berkeley.

Portland has always had its own unique virtues. A river town on the convergence of the Willamette and Columbia rivers, it grew earlier and wealthier than its territorial sisters, Seattle and Tacoma. Victorian merchants donated astonishing examples of French and Italian Mannerist and Baroque art, now highlighted by a recently acquired Neapolitan rarity by Giuseppe Bonito, "Il Femminiello" (1740), capturing two young men from Naples' wholly accepted subculture of cross dressers. The made-up, dressed-up teenager and his admirer comically distort a mirror of gender identity and sexual transactions.

It could take days to properly cover and appreciate PAM's total conglomeration in two and one-half buildings on five floors. Take the kids to see Courbet's "Stormy Sea" (1869) and they will want to return next Saturday, maybe to see "Mount Hood" (1910) by Childe Hassam, the ultimate American Impressionist view of a Northwest peak. The entire American floor puts the Seattle-centered regional narrative that privileges the influence of Asian spirituality into serious question.

Thanks to the smooth insertion of intimate (and one gigantic)-scale Greenberg bequests of Frankenthaler, Olitski, Poons and, above all, David Smith, and the context downstairs of European forerunners like Rodin, Matisse and others, PAM's modern galleries are now unequalled in the region. What they lack of Seattle's abstract expressionist and Pop art icons, they make up for with Color Field, Minimalist and Conceptualist treasures, with strong emphasis on sculpture and photography.

One-half block from PAM, Michael Parsons Fine Art shares a street-level storefront in an historic landmark building. First of three radically different ceramics shows I saw, "Mid-century Northwest Ceramics" broke no new scholarly ground but, after all, is a blend of two collections, not a museum event. Pottery collectors and specialists will want to see these minor examples of major Northwest ceramists such as Robert Sperry, David Shaner and Marie Louise Feldenheimer.

Jeffry Mitchell is a Seattle-based artist working in glazed earthenware, stoneware and porcelain among many other materials. He is hyper-aware of art-historical examples of ceramics, his work cramming everything except a porcelain sink into his current PDX Contemporary exhibition. Chinese fu dogs, lions, bears and other animals and queer symbols cover the two dozen sculptures, prints and drawings. Everything is drenched in a filmy, milky white monochrome with pink, green, blue and yellow seeping through. With heavily added-onto vases and pots, Mitchell mixes Japanese pottery (where he apprenticed for years) with Italian and French faience, Tudor jug-ware and Southern redneck plaques. Insects, toy animals and little people all converge on the teeming surfaces.

Across town in a ceramics production-ware factory, Eutectic Gallery completes the necklace of clay shows by updating ceramics' historical illusionistic aspect. "Factitious Matter" debuts a quartet of ceramic and glass artists using mostly casting and molding techniques to simulate cheesy consumer products such as plastic water bottles and cardboard packing materials. Although immaculately crafted, as is usual with trompe l'oeil, what little humor there is can quickly evaporate — and date — if not going beyond the predictable visual pun or one-liner.

Back downtown in the historic Pearl District, a core of reliable galleries present art to the city's burgeoning middle class of functionaries and executives working at Intel, Nike and Adidas, the top local employers. At 90, George Johanson is celebrating his fourth major retrospective since 1988 at Augen Gallery. A local Museum Art School grad, he went off to New York and London before returning to teach in 1955. Responsible for generations of similar figurative expressionists, Johanson, as seen here, is much more. With 40 works drawn from the artist's collection, we get an unusual insight into a more varied and light-filled modernist's world than heretofore granted by this critic.

Most austere and heartening among the current shows, at Charles Hartman Fine Art, John Whitten (who teaches digital art at Oregon State), simulates digital strategies — but makes each colored-pencil drawing by hand. Thousands of lines comprise each work, varying from dizzying vertical fields to sunburst targets. The 15 works are a shift from earlier more representational works and a welcome sign of a further possible differentiation by local artists away from Johanson & Company's long reign of figurative expressionism.