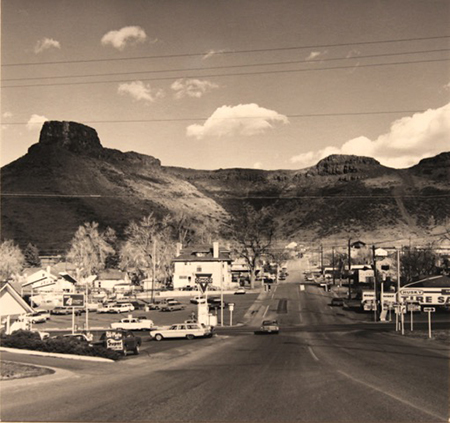 The photographs of Robert Adams are decidedly low-key and undramatic, and some might be easily taken for commonplace snapshots. The “New Topographics” movement in which he participated was both anti-romantic and anti-subjective, perusing and presenting the world as it is: neither grandiose (à la Ansel Adams) nor ironic and antiheroic (à la Robert Frank). William Jenkins, the curator of the influential 1975 show that bestowed that title noted the "rigorous purity, deadpan humor and ... casual disregard for the importance of the images,” while one critic noted the “stylistic anonymity” of the group. At first I too was baffled by the deadpan tone. Since the 1970s, however, we have learned to appreciate the contemporary — coolly and critically — through the eyes of these searching photographers. Adams arrived with the publication of his book “The New West” the year before, and has been regarded as one of its central proponents ever since.

Shown here are twenty-seven of Adams’ black-and-white photos of the roads, streets and trails of the American West, mostly the artist’s home state of Colorado, but also California and Oregon. They may be read them as metaphors for life’s journey, or as just-the-facts depictions of the untrammeled landscape set alongside the overlay of Main Street gas stations, strip malls and power lines. While some of the woodsier photos are grouped into triptychs, suggesting the passage of time and spatial movement, the majority are single shots. The wry commentary of the urban and suburban scenes is delicious: a road sign directing motorists to Eden; an oasis of car culture beneath majestic buttes and puffy clouds; a landscape of self-storage facilities and squat cinder-block structures; the diagonal lines repeated in the sky; a parabolic curve of telephone wire hanging over a highway, with, to the left, a signpost reading SITE.