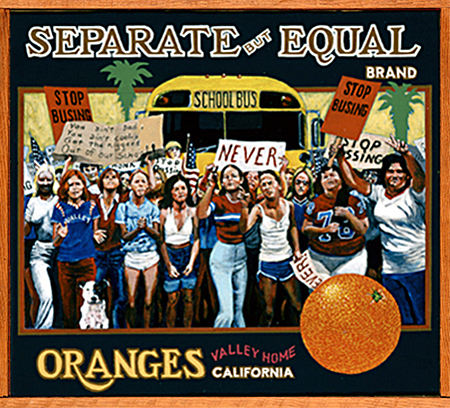 The recently released book "The Dream Colony: A Life in Art," by Walter Hopps, edited by Deborah Treisman from interviews with Anne Doran, does a lot to demystify what a curator does (or at least traditionally did). [This book was the focus of last week’s column by DeWitt Cheng—Ed.] Not only do Hopps' recollections humanize this legendary curator and museum director, they also reveal his passion for contemporary art, his extensive knowledge of artists of his time, and his keen proficiency at describing and contextualizing art objects. Hopps represents what is now the old school of contemporary art curating. His installations were configured according to the aesthetic demands of the art being exhibited, as when he presented Cornell boxes in small intimate spaces, instead of the large open galleries that he preferred for Abstract Expressionist works.

In today's curatorial world, the sanctity of the art object has lost some of its currency, having been overshadowed frequently by exhibitions that are molded to conform to a preexisting theory or idea. Additionally,  as pointed out in a recent article by Hettie Judah [https://news.artnet.com/opinion/has-the-artworld-had-enough-of-curators-746885], the term 'curator' itself has become somewhat ubiquitous, watered-down to the point that it is applied to making selections of almost anything, including articles for a blog or merchandise for a store. Try typing the word 'curator' into the search engine of a job search website and you will now find listings for institutions or companies looking for someone to select and organize data or content that has absolutely nothing to do with art. Even Ivanka Trump has gotten into the act, telling The Washington Post that she is "not sort of trying to selectively curate information" that would lead her father to agree with her.

As a curator myself, “The Dream Colony" triggered personal memories of some of the old school curators who were my mentors, and whose stories could likewise make for very interesting reading.

As a student at Harvard's Fogg Art Museum, I was fortunate to take a museum course taught by Agnes Mongan, who was the first female museum director in the United States. Miss Mongan, as we called her, was a feisty educator who had her students learn about museum operations by doing case studies. For my seminar report on London's National Gallery, I projected slides of paintings being evacuated to underground quarries in Wales in order to protect them from bombings during World War II. To my amazement, as I concluded my presentation Miss Mongan disclosed that she was right there with Kenneth Clark, overseeing the evacuation.

When she took us to New York to visit galleries and collections, we could hardly keep up with her; she must have been in her mid-60s at the time. When I eventually chose to withdraw from the art history department to pursue my livelihood as a museum professional, Miss Mongan supported me, writing to me in a letter congratulating me on one of my early curatorial efforts: "Well," she wrote, "let the old professors let off steam. Have a happy, productive career."

Another mentor, who I credit with steering me towards the world of living artists, was David Steadman, who died earlier this year at the age of 80. For a brief period during in the 1970s-80s, the galleries at Scripps and Pomona College joined forces to become the Galleries of the Claremont Colleges, a partnership that was launched under the stewardship of Steadman. He subsequently went on to direct the Chrysler Museum in Norfolk, Virginia and the Toledo Museum of Art, before returning to the West Coast to attend divinity school and become a deacon in the Episcopal Church.

When I served as Steadman's Assistant Director at the Claremont Colleges, he was incredibly generous. He had been keeping his eye on artists painting in black and white and invited me to be co-curator of the 1979 exhibition "Black and White are Colors: Paintings of the 1950s-70s." Although I reported to him weekly, he offered me learn-by-doing hands-on opportunities, allowing me to do all the research, select the works, and write the catalog. The same year, he handed me the assignment of visiting artist studios throughout the greater Los Angeles area to select ten paintings that I admired. This experience, which resulted in the exhibition "Recent Los Angeles Painting," set the direction for my lifelong commitment to working with living artists. It was during the formation of that exhibition, in fact, that I first recognized that there is great art everywhere, and I was discovering it in my own backyard.