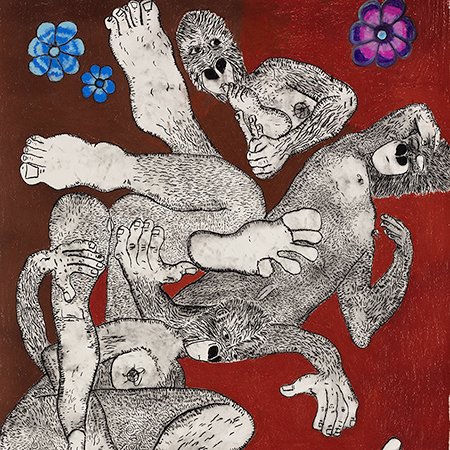 Benjamin Weissman is a fiction writer as well as a prolific visual artist whose current exhibition, "We Never Kissed," fills the gallery space with obsessive and disturbing works on paper that feature gorillas having sex. Weissman has a long history dealing with taboos and presenting that which has the ability to unnerve and shock — but in a matter-of-fact manner.

These colorful pastel and charcoal drawings depict cavorting figures that are simultaneously male and female, human and animal. The depictions are part-fantasy, part self-portraiture and a wild mix of transgressive acts that stem from Weissman's dreams and unconscious.