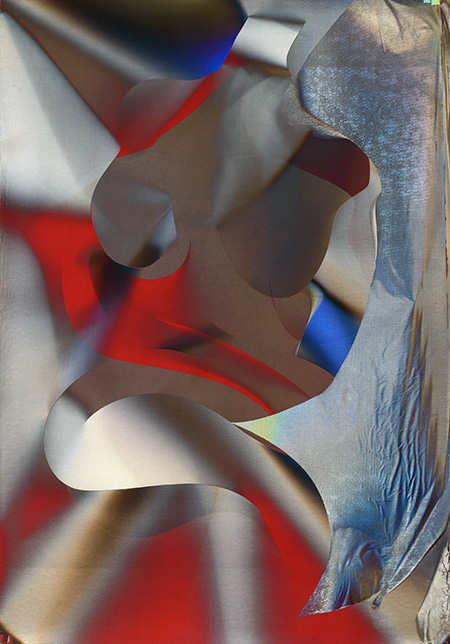 An upcoming survey of Larry Bell's work cannot be approached without ample consideration of context. If you're a Southern California art-goer, you haven't seen this much of Bell's work in quite a while. Bell is not only known for being an original member of the Light and Space movement that emerged here in the early '70s, he's also an original member of the Venice art scene, where he's managed to stay — after moving away for a decade-plus — from the late '80s into the early 2000s. Despite recently getting kicked out of his Market Street studio to make way for Snapchat's headquarters, he connected with an acquaintance at the Christian Science Church, and they needed a renter, so now his studio occupies its rather ornate main space. He's remained a part-time Taos, New Mexico resident since the '60s, and still drives back and forth between his two home bases every three weeks.

Bell's studio in Taos holds the force that has been the greatest source of his career: the large vacuum tank, which he had built in 1968, and from which so much of his work has been produced to the present. Back then, he connected with a guy who was making lenses for Disney, who in turn helped Bell set up the tank. The process, which he alternately and elegantly refers to as a "physical vapor deposition," and as using an "exotic low pressure,” takes substances such as quartz and aluminum and evaporates them onto the material of choice, whether paper, mirror, glass or polyester film.

This survey will include all of the above, as well as a new glass sculptural installation that he will be improvising on site, though he described it as a "series of corners" and "right angle relationships." If his recent laminated glass sculpture "Pacific Red" is a reliable indicator, this new install will activate prisms of saturated glass as a field of perception, in vintage Light & Space fashion. It was "Pacific Red” — a series of three rectangular laminated glass monoliths surrounded by concentric square walls — that impressed this year's Whitney Biennial curators, Mia Locks and Christopher Lew, enough to anoint Bell into their show. This is the culmination of a resurgence in Bell's career that has been peaking the last several years, thanks to Graham Steele, a gallery sales wunderkind formerly with White Cube in London, and now, appropriately enough, the associate director of Hauser Wirth & Schimmel here in L.A. White Cube has hosted five Bell exhibitions since late 2013, reaping him ever more exposure and opportunities, including a solo at Hauser & Wirth in New York early in 2016 and the upcoming Biennial, to name the most prominent examples. Relative to these explosive venues, the Weisman survey will likely seem modest but will show the arc of his output in a condensed form.

If there's a zeitgeist-y element to his oeuvre, it's that Bell's vapor-deposited works — particularly those on paper and the hanging pieces of curved polyester film — fit in nearly seamlessly with a process-oriented abstraction sensibility that has become relatively widespread. The cool gradations produced via the vacuum tank, as collaged onto Bell's framed 2-D works, anticipated various branches of experimental photography and Photoshop alike. Meanwhile, his latest body of works on paper have moved firmly into figurative territory. He explains them as being based on guitar shapes (he collects acoustic guitars), though the figures have more of a DeKooning-meets-Picasso quality, an art lineage that Bell is more than happy to have come to mind. On the other hand, depositing evocations of nudes into a light-and-space originated formal investigation may come off as a bit kitschy. But overall, this will be what turns out be a rare opportunity to take in the full scope of Bell's work, not far from his original home base, at a time when his star, in a quiet manner that's perhaps appropriate to a Light-and-Space artist, has fully re-risen.