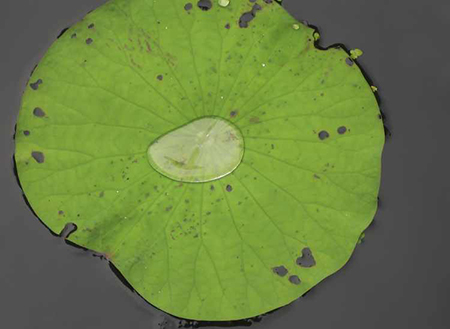 Jean Edelstein and her daughter Barbara Edelstein are accomplished artists who create beautiful objects. Jean's preferred format is the Asian accordion-fold book. (An alternative to the scroll, such "Scholar Books" were invented in China during the Tang Dynasty and called orihon in Japanese.) Each page — that is, each rectangular panel — can be viewed separately. Alternatively, the book can be unfolded to reveal a long horizontal band punctuated by the contrast of drawn forms and open spaces, producing an almost musical progression of imagery. The musicality enhances Jean's ink depictions of dancers and musicians, some of which were executed in the dark (when the lights were down during performances), so the artist was drawing “blind.” The results lend testimony to her mastery of line and space. The musicality also works well in Jean's landscapes, where clusters of trees establish emphatic chords, while voids echo in counterpoint.

Barbara Edelstein works with plant life, especially leaves, which she depicts in radiant drawings, photographs, and sculptures. Like her mother, Barbara deploys black Chinese ink to draw the natural world. But whereas Jean sees the landscape from a panoramic distance, Barbara finds details, close-ups, especially the fallen leaves we would normally overlook or dismiss. One of her foliage drawings focuses on the center of a leaf from the tropical plant Colocasia, commonly known as elephant's ear. Lacy black lines alternate between thin (the point of the brush) and thick (the side of the brush) to create a dramatic, undulating texture. Unlike her mother (who depends largely on black lines with color for highlights), Barbara glories in color. Some of the photographed leaves have a rich magenta tone that sparkles against the velvety darkness of the background. The sculptural leaves are hot pink and chartreuse and lush azure blue: fragile translucent forms balancing on spindly metal stems.

Both bodies of work are beautiful to look at. A hundred years ago, that would have been enough. Beauty was understood — and respected — as an admirable artistic goal. But today, many artists (and writers) avoid and denigrate beauty as a creative goal or cultural value. This is a tragic social loss, because as John O’Donohue asserted so eloquently in his book “Beauty: The Invisible Embrace": “We feel most alive in the presence of the beautiful for it meets the needs of our soul ... Without beauty the search for truth, the desire for goodness and the love of order and unity would be sterile exploits. Beauty brings warmth, elegance and grandeur.” O'Donohue adds, "Some of our most wonderful memories are beautiful places where we felt immediately at home.”