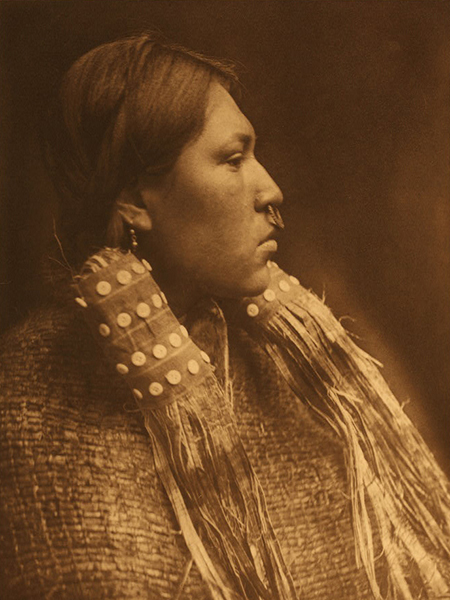 We never seem to get enough of those noted photographers of the American West: Edward S. Curtis, Ansel Adams and Edward Weston. They were remarkable artists, and we remain steeped in their romantic notions of the West with its promise of open expanses, rugged individualism and nature in all its glory. Curtis is famous for capturing Native American tribes, including their costumes and customs, while Adams and Weston engaged the landscape and architecture of the West. "Photographers of the American West" features 42 photographs from these three masters, grouped by photographer, with prints that range from 1905 to 1967.

We cannot be sure how much backstory will be included in the exhibition, but I find knowing something about Curtis (1868–1952) especially helpful in looking at his work, which can appear quaint and picturesque. In fact he was a serious ethnographer, as well as photographer, and the urgency and nostalgia so evident in his work derives from realizing how much of Native American culture was disappearing in the early 20th century.  Yes, he has been criticized for exoticizing his subjects — removing modern or European items from dress and background, items such as suspenders and clocks. Even worse, he sometimes had subjects put on dress and perform rites that were not theirs. Still, his portraits of chiefs and warriors, princesses and potters convey arresting gravity and dignity. Who can forget the grim, leathered face of “Geronimo" (1905), with his head wrapped in a turban and his body in a wool blanket? He has seen far too many battles, and is weary of them.

Curtis’ magnum opus, a research project into the life and culture of Native Americans major, was launched with $75,000 from no less a figure than J. P. Morgan. Starting in 1907 he made a series of trips over two decades in which he photographed, interviewed and documented the life and culture of some 80 tribes he visited. His epic work, the 20-volume "The North American Indian," was published from 1907 to 1930, and these photographs are from that work.

When Curtis died in Los Angeles in 1952 he was largely forgotten until the 1970s, when his photographs were shown at several museums, including the Morgan Library in New York. The rediscovery of his work has been a key part of our rediscovery of our Native American heritage, beyond the trivial and superficial ways it had been seen in the movie and TV Westerns of the 1950s and 60s.

Weston (1886–1958) focused on the American West throughout his career, though he is more closely associated with his carefully composed close-ups of still life objects, vegetables and nudes, which have become iconic. Photographs of a seashell standing on end (“Shell” [1927]) or a cross-section of a humble cabbage (“Cabbage Leaf” [1931]) become modern sculpture. So much of his outdoor work rests on the composition and in the lighting he must have patiently waited for, so that the sun would cast just the right shadows — such as the details of a pueblo in “Taos Pueblo, New Mexico" (1933) or the plains shantytown in “‘E’ Town, New Mexico” (1930) with storm clouds churning overhead.

Meanwhile, Adams (1902–1984) is intimately identified with the environmentalist movement, and often shot national parks, including Yosemite National Park, Mount Rainier National Park, and the Grand Canyon. He celebrated nature with his sharply detailed photographs of gnarled trees, windswept sand dunes, and craggy rocks in crisp black and white. He too, in the days long before Photoshop, must have walked long miles and waited long hours for such dramatic shots as "Canyon de Chelly National Monument" (1942).  Having recently been to the Grand Canyon's West rim, I can attest to how awe-inspiring this landscape can be in real life, as well as in Adams' photography.