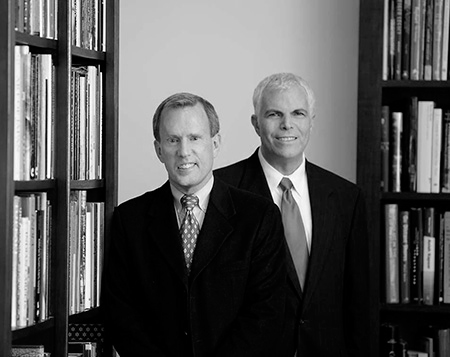 In 1994 I decided to concentrate on reading biographies of visual artists. I’d been bored with fiction and had enjoyed some biography reading over the years, so I figured I’d hunker down on the lives of artists and learn some things that would benefit my teaching and/or writing. If I had known I would catch the biography bug so severely that for the next twenty years I would read almost nothing else, I wonder if I would have started. I read three biographies (at different stages) at a time, about 20-30 a year, and have been through almost 500 so far. I tackled only biographies of visual artists the first two years, then moved on to writers, politicians, musicians, etc.

I’m exposing my inner dork to offer you a little primer of some biographies of artists that I highly recommend and a few I advise that you avoid. Once you start reading biographies you quickly realize that they are as much about the author as they are about his or her subject. Frankly, a really well conceived book by an accomplished writer on someone you’ve never heard of is a better choice than a biography on someone famous but written by a hack, and there are many of the latter.  Here’s my annotated list of some of the best I’ve encountered so far, in alphabetical order by artist/topic:

Biographies of Abstract Expressionists: There’s been a slew of these in the last twenty years, Steven Naifeh and Gregory White Smith’s 1994 “Jackson Pollock: An American Saga” still being the best work on the action painter. Also first rate is the Stevens and Swan "de Kooning: An American Master," Hayden Herrera’s bio of "Arshile Gorky," the Joan Mitchell bio (though a fairly dreary tale) by Patricia Albers, and, just a notch below, James Breslin’s "Mark Rothko: A Biography."

Caravaggio: While biographies of those who lived before the 18th century are often less grounded because the documentary evidence on them is spotty, good, scholarly bios of Caravaggio include those by Andrew Graham-Dixon, Helen Langdon, and a more irreverent favorite, mirroring the artist's rebel and disruptive nature, is "M: The Man Who Became Caravaggio" by Peter Robb.

Duchamp: Calvin Tomkin’s biography is well paced, erudite, and goes some way towards providing an intellectual harness on this fugitive and brilliant chameleon.

Giacometti: James Lord’s classic biography captures the flavor of Existentialism and this artist’s brooding melancholy. You can almost smell the Galouise smoke.

Frida Kahlo: Hayden Herrera’s 1983 biography played a large role in resurrecting Kahlo’s career and establishing her as one of the major figures of twentieth century art. It never hurts a biography when its subject lives a dramatic and tragic life.

Lee Miller: I enjoyed Carolyn Burke’s 2007 bio of her, Miller is one of those figures who touched a lot of lives. She always seemed to show up when and where things were popping, both in Europe and the U.S.

Leonardo da Vinci: Sir Kenneth Clark’s bio from 1937 is the terse classic, with beautiful prose and sensitive readings of his work, though you might get more out of Charles Nicholl’s 2004 "Leonardo da Vinci: Flights of the Mind."

Picasso: OK, we all know about John Richardson’s multi-volume biography, still not complete, but the three volumes published so far are mandatory reading. While some of Richardson’s asides are distracting, this is about as close to a definitive account of Picasso we’re ever likely to get.

Gerhard Richter: Biographies translated into English can sometimes be tricky, by Dietmar Elgar’s is patient and insightful, and the author’s access to Richter definitely paid off, it really elucidates the artist's complex processes.

JMW Turner: I haven’t seen the new film bio yet, and hope it lives up to "Standing in the Sun:  A Life of J.M.W. Turner" by Anthony Bailey. Once the book gets going it’s a complex narrative of a brooding, misanthropic, and tortured individual who, by the way, was also a superb artist.

Frank Lloyd Wright: Like Kahlo, a roller-coaster life — exile, adultery, incarceration (OK, it was brief, but for violation of the Mann Act!), body snatching (you have to read the book). Genius and pariah, prodigy and old master, FLW did it all. Biographies by Meryle Secrest, Brendan Gill and Wright’s own autobiography help negotiate your way through this whirlwind of a life.

A few to skip: It’s always the writer’s fault, and there are few more empty feelings than being on page 40 of a diffidently written biography — or any book, for that matter — and sensing you’ve got to soldier through it. I’d counsel you to avoid the van Hensbergen book on Antonio Gaudi, James Banker’s recent study of Piero della Francesca, Alex Danchev’s study of Georges Braque, Nicholas Fox Weber on Le Corbusier, David Leeming on Beauford Delaney or Antonio Forcellino on Raphael. You know how it goes — love the artist, the biographer not so much … happy reading!