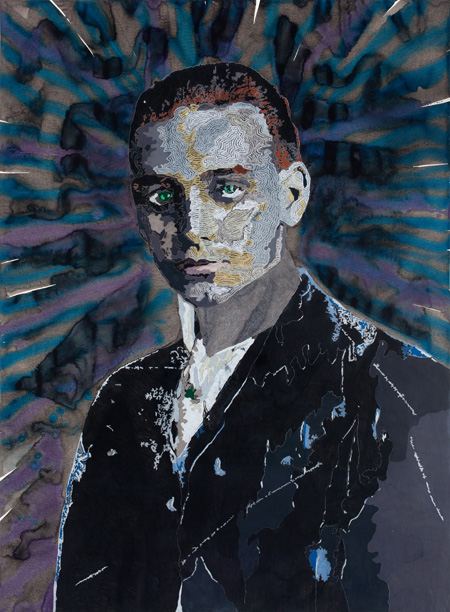 With a virtuosic technique and droll humor, Anna Fidler reimagines Oregon history in the latest installment of Portland Art Museum’s ongoing APEX series. Well known throughout the Northwest for her fantastical landscapes and psychedelia-flavored portraits of sports stars, the artist here appropriates antiquarian portraits as her jumping-off point, transmogrifying photographs gathered at the Oregon Historical Society into large-scale (99”x72”) and smaller (48”x36”) works in acrylic paint and colored pencil.

Fidler imbues these images with a creepy, otherworldly quality, entitling the series "Vampires of Oregon" and suggesting (tongue in cheek, we assume) that important Northwest historical figures such as Henry Pittock were in fact vampires. This conceit time-warps today’s fascination with Hollywood bloodsuckers à la "Twilight" and "True Blood" into the mists of a past when Portland was known as “Stumptown” on account of its deforested waterfront and neighborhoods. This is an unlikely but satisfyingly parodic vision, carried out in a melange of thin washes and intricate draftsmanship.