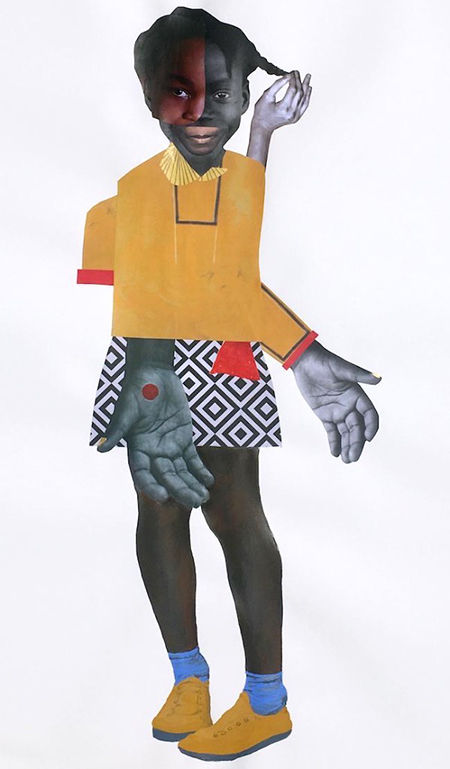 Deborah Roberts is an Austin, Texas-based artist whose Los Angeles debut “Fragile but Fixable” includes photo-collages and paintings, all concerned with the self image of young African Americans. Roberts composes her collages on large pieces of white drawing paper, isolating her figures in the blank space rather than giving them a representational context. The face of each girl is culled from magazines as well as from art history. The figures are assembled together within the confines of a realistically proportioned head that gazes directly at us.

The girls are fashionably dressed in patterned shirts and skirts. Roberts gives each girl arms and hands, also drawn from myriad sources, that gesture suggestively, mockingly or playfully. For Roberts these figures represent every-girl and are strong and empowered representations. Roberts states, "'My work is about … the courage to fight against assumptions and perceptions that others may have, and the power those societal assumptions still hold.