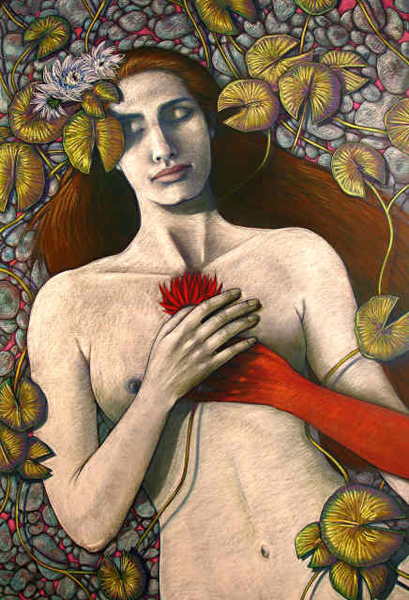 "Breaking in Two: A Provocative Vision of Motherhood," curated by Bruria Finkel, is an expansive exhibition that features the work of over forty women and collectives for whom motherhood is either the subject of their work or has played an integral role in some facet of their production. Most are represented by more than one work (or by a major individual piece), allowing viewers to get more than a fleeting introduction to their oeuvre.

A statement about motherhood or simply creation accompanies the titles of each of the works. The exhibition is more than a labor of love, but a hard and thoughtful look at a theme that could be otherwise seen as cliché. The exhibition spills beyond the gallery space into two adjoining hallways, and in some cases also extends from mother to daughter. For example, the Saar family is represented by four generations. While being a mother is not the theme in all the works, many of the artists address it as the ultimate act of creation.