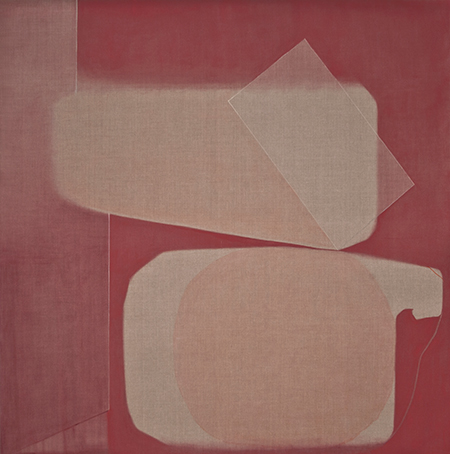 In the years following World War II, Abstract Expressionism made New York the center of the art world. It was a glorious time for the artists involved. At last, Americans had their own art movement–something on par with the achievement of the European Cubists, Dadaists and Surrealists. Unfortunately, like most of the art movements throughout history, Abstract Expressionism was a male-dominated enterprise. Artists like Jackson Pollock, Willem de Kooning, Mark Rothko, Barnett Newman and Clyfford Still defined the movement. As time went on, the mythology surrounding the 'Ab-Ex' painters emphasized their heroic-sized canvases, muscular action paintings, bad-boy rebellion and their fraternizing over beers and whiskey at the Cedar Tavern. The reality is that women painters like Lee Krasner, Elaine de Kooning, Joan Mitchell, Grace Hartigan and even Helen Frankenthaler, were marginalized. Although these artists are by no means obscure, their work is still not celebrated to the degree of their male colleagues. And even today, their work is undervalued and generally attain prices only a fraction of those of their male counterparts.

In the 1970s, women artists gained significant power and momentum in the art world. It was only then that the Feminist Art Movement would bring about increased awareness and opportunity. There isn't an Art History book around that doesn't include Judy Chicago's Dinner Party, the quintessential feminist work created in collaboration with a mostly female team of 129 artists. It was also during the 1970s, that Abstraction, particularly abstract painting, declined in popularity, with many artists turning to new media and conceptual practices to express their Postmodern concerns. Abstract painting could not deliver the socially and politically charged messages that many artists of this generation, particularly women, sought to express.

Changing attitudes towards Abstraction and Modernism emerged in the 1990s. A younger generation of female painters and some newly appreciated veteran female painters helped to make abstract painting relevant again. Artists like Amy Sillman, Mary Heilmann, Monique Prieto and Ingrid Calame led the way. There was something fresh about their work. It was abstract without any of the angst of Abstract Expressionism or the rhetoric of Minimalism. It was edgy, quirky but also beautiful, which was a daring thing to be at the time.

This exhibition's title, Abstract Mystique pays homage to Betty Friedan's legendary 1963 book, The Feminine Mystique, widely credited with sparking the beginning of second-wave feminism in the United States. Spanning three generations, this exhibition includes work by seven contemporary female artists from Southern California who revisit some aspects of Abstract Expressionism but likewise explore their own idiosyncratic approaches to painting.

Lorraine Cleary Dale, Virginia Katz, Trang Lê, Nancy Monk, Leslie Love Stone, Gretel Stephens and Maggie Tennesen represent a slice of the incredibly diverse Abstraction currently being produced in Los Angeles and surrounding areas. These women have found their own way of imbuing abstraction with personal meaning. While some may view abstraction as the antithesis of concrete ideas, or merely a visual trope, these artists utilize abstraction as an affirmation of self-identity, discovery and realization. 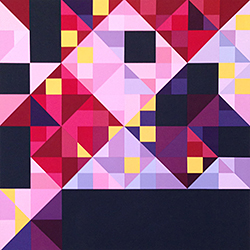 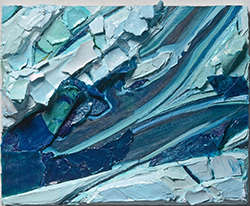 Virginia Katz, "Breaking Up I," from the Between States Series, 2013, acrylic on panel, 16 x 20 x 4", Courtesy of the artist and Ruth Bachofner Gallery