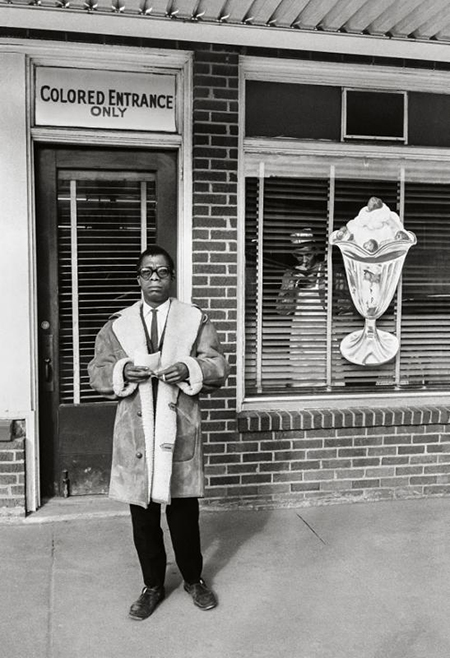 Life Magazine’s celebrated documentary photographer Steve Schapiro consistently aimed his camera and activates its shutter in ways that allow him to produce powerful images, many of which have become part of the American collective subconscious. Schapiro’s skill and empathy are evident in "Freedom Now,” an exhibition of American Civil Rights photographs, including several previously unseen and unpublished images from the photographer’s years of documenting the movement.

The show opens in conjunction with the issuing of Taschen’s "The Fire Next Time,” an eloquent and powerful exploration of race in America just when much of the world continues to struggle with the issue of racial inequality. This limited edition publication pairs Schapiro’s photographs with two seminal James Baldwin essays: the groundbreaking “My Dungeon Shook — Letter to My Nephew on the One Hundredth Anniversary of Emancipation,” and “Down at the Cross — Letters from a Region of My Mind,” which tackles the relationship between race and religion. Inclusions of photographs such as “STOP POLICE KILLINGS” (1965) underscore the value of reconnecting with the work in light of its relevance and poignancy today.

Upon reading Baldwin’s essays, Schapiro convinced Life Magazine to back his travels with Baldwin from New York to Mississippi, documenting the Civil Rights Movement that was well underway, including the realities of voter suppression, police intimidation, and retaliating civil disobedience. That experience motivated Schapiro to dedicate much of his career to political activism. Even amidst the turmoil, both artists were able to capture symbols of community and caring that rose from the very real intolerance, violence and tension happening throughout the South. After meeting and traveling with Baldwin, Schapiro surmised that, “Here was an intellectual, a brilliant man, and a black leader who never seemed to forget the importance of relating to each other as human beings. He had a hunger for love and believed in its power.”

The range of Schapiro’s capabilities are evident among the numerous photographs on view in the exhibition, some of which achieved iconic familiarity: "George Wallace standing in the schoolhouse door at the University of Alabama,” "James Baldwin, Colored Entrance Only, New Orleans, Louisiana,” “Flag," “Freedom Now” and "Dr. Martin Luther King Jr. leading the march from Selma to Montgomery”.

Viewers intent on discerning alternative meanings in works such as those noted above may perceive them in “LOW CLEARANCE,” “NO PARKING,” or “LEFT TURN LANE,” traffic sign warnings visible towards the margins of Schapiro’s depiction of the crowded flood of humanity crossing the Edmund Pettus Bridge with Dr. King in 1964. Ironically, although Pettus was a Grand Dragon of the state of Alabama's Ku Klux Klan, bent on preserving slavery and segregation, the bridge named after him in Selma eventually became a sacred place in America's civil rights history and is presently part of the National Park Services National Historic Trail.