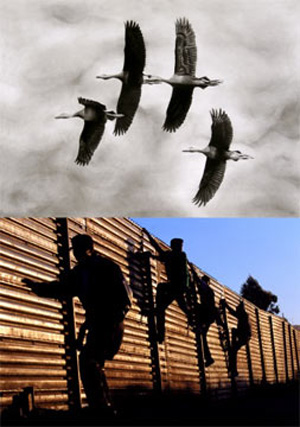 As it's billed as L.A.'s first biennial, it wouldn't have been foolish to anticipate that "Made in L.A. 2012" might receive a barrage of criticism and griping, a la the Whitney Biennial, but it would mainly be unfounded. Of course, most veteran viewers will find one issue or other to gripe about, whether it be the unwarranted inclusion of certain artists for being overexposed or not emerging enough, or for some of the work, particularly in the main galleries, being installed in too close confines (it often is, but that's inevitable with an aim to include dozens of artists in a show that has excluded dozens more). One of the show's five curators, discussing the work on the radio show Off-Ramp, aptly characterized a significant amount of the work as being not instantly digestible; more specifically, she said, "One response that I like to have is when I don't understand what an artist is doing; I think when it's too legible, or too straightforward, sometimes you can lose interest." Indeed, there's a lot of work at the Hammer, the headquarters for Made in L.A. (which also lives at LAXArt and L.A. Municipal Gallery at Barnsdall Park), that's far from an easy get, and challenges us to expand our comfort zones, and yes, they often involve video (Erika Vogt; David Snyder; Caroline Thomas). For the most part, they're videos that are installed within contexts or environments.

Much of the work, too, is in line with expanding contemporary art's conventions and reach. Vishal Jugdeo, who received notably larger financial support for his film project, put his grant money to good use for his latest film, which was shot in India, and which is screened within a sculptural installation consistent with his prior videos. Other highlights of the show include The Propeller Group's slickly-produced commercial for communism; Liz Glynn's lead casts of objects, including iPods and Blackberrys, which viewers are invited to handle with supplied white gloves (said objects, it should be noted, are included within larger installations); Mark Hagen's brilliant Obsidian-and-aluminum-frame wall-mounted sculpture; and Kate Costello's photographs of nudes posed in front of her painted-paper works. Is there something here for everybody? If you have a contemporary, avant garde-leaning sensibility, absolutely. In fact, even if you don't. And, as with any good, possibly great large-scale group show, "Made in L.A." warrants multiple (at least two) visits, a necessary process when you're dealing with tough work.