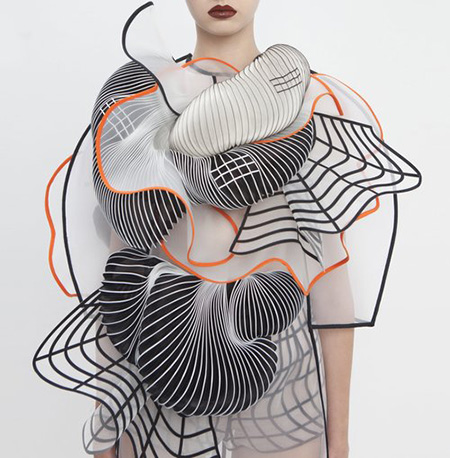 Marking the 70th anniversary of the founding of Israel, curator Smadar Samson relates the story of the Jewish state through an exhibition of craft and design objects. “Israel: 70 Years of Craft and Design” includes over 125 objects, with a combination of works on loan from three museums, private collectors and over 80 artists. The exhibit begins and ends with the theme of light, a major element in Israeli culture, from Hannukah, the Jewish Festival of Lights, to Haskalah, a 19th century Jewish enlightenment that focused on secular learning and modern philosophy. Reflecting the diversity of a population heavily influenced by European and Arab cultures, as well as old and new world sensibilities, these objects of everyday use range from artifacts dating to the pre-state period, plus rare religious pieces, Yemenite jewelry, Bedouin textiles, contemporary garments, sustainable and industrial designs, adornment incorporating ancient materials, furniture and ceramics. The exhibition highlights the wide range of ethnicities, races and cultural backgrounds that make up the diversity of Israel.

Innovative works provide a glimpse of Israeli life as characterized by collective and personal memory, restlessness, resourcefulness and the influence of globalization. Beginning with “The Scroll of Esther,” known as the Megillah, Finials (1882), Torah cases (1914), the Bezalel School Rug (1910) from an arts and crafts school created in the early twentieth century, the exhibit opens into a bright and colorful space displaying secular objects, many of which were created in the last five years. Rich colors characterize garments and textiles, clay and porcelain pieces, wood, 3-D printed objects and those using recycled materials. Some metal and ceramic works are influenced by the simplicity of the Bauhaus, while others include gestural and abstract patterning. There is no recognizable Israeli style, rather a celebration of the creativity and skill of contemporary artists working and living in a country constantly challenged politically, socially and economically, not to mention by the precariousness of its very existence.