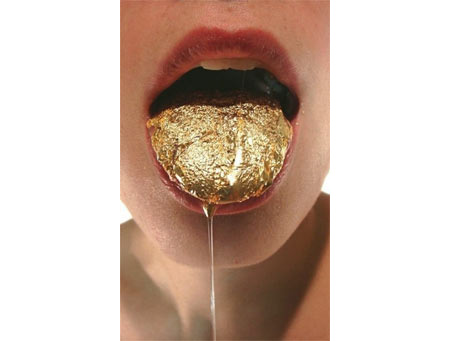 The works on display in “Hand+Made: The Performative Impulse in Art and Craft” emphasize the ways objects are used, worn, brandished and destroyed as part of a larger conceptual whole. (Live performances have been scheduled as part of the ongoing exhibit.) Many pieces have been augmented with video elements that demonstrate that very thing. For instance, Michael Rea’s terrific “Rock Band” collection of naked wooden musical instruments and equipment, like horns, a keyboard, electric guitars, amps (even a theremin) is accompanied by a hilariously deadpan video of the instruments being “played” in concert.

Ryan Gothrup’s glass basketball is indistinguishable from a real one. He presents a video of a player shooting real balls and shattering glass ones at a public court. The video takes a disturbing turn when a threatening intruder interrupts filming and destroys the artist’s controlled environment with violent anger. Glass features largely in the exhibit. Heat practically radiates off the screen in a video documentary of collaborative group Plan B doing some very dangerous things with molten glass — like juggling hot balls of it and using a long, hot strand of it as a jump rope. “Do not attempt at home” goes without saying.