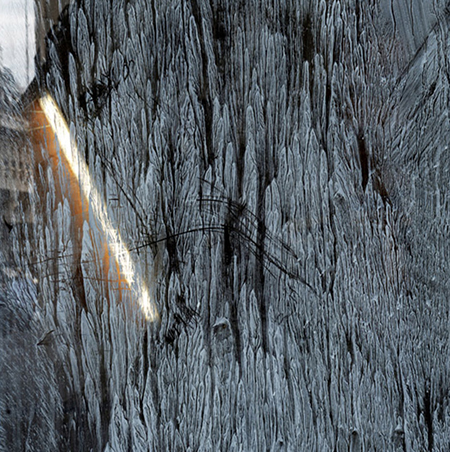 Alexandra Hedison is a Los Angeles-based photographer who is interested in the space between imagination and representation. For her exhibition, aptly titled “The In Between,” Hedison photographed shop windows and storefronts in Paris from 2013-2017 that were in transition.

Many of the facades were covered with a wash of white paint the served to block street traffic from seeing inside. However these painted surfaces were not opaque, therefore Hedison was able to capture the transitional space both inside and out. These ambiguous and intriguing works are at once found paintings, examples of urban graffiti and connections between past and present.