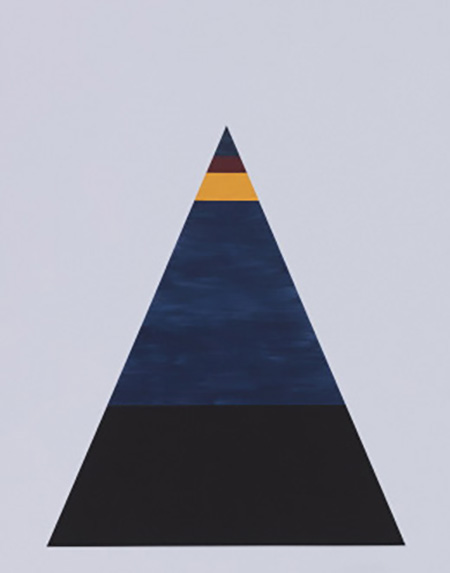 The topics of poverty and racial oppression may have seldom felt more urgent, and yet it's hard to wrap one's head around these subjects being incorporated into objects of high modernism and installed into one of L.A.'s most gleaming commercial gallery temples. Theaster Gates' "But To Be A Poor Race," the show's title, is excerpted from a line in a W.E.B. Du Bois essay, and it's a highly noble if well anticipated sentiment from the now internationally celebrated artist. The exhibition marks his return to L.A. just five years after debuting locally at MOCA's Geffen Contemporary, when he was virtually unknown. Now Gates brings a full arsenal of sculptures, wall works, found objects and a video ("My country tis of thee"), along with a dozen passably deft paintings, the most intriguing and yet curious genre included. With titles such as "Land Ownership on Conspiracy Blue" and "Line Drawing for Black People," Gates overhauls reductive geometric abstraction by investing consequential political meaning, an equation that has gradually made its way back to prominence in contemporary art; but despite the charged titles it all feels overly cryptic.

The most moving and successful pieces are wall-mounted bound black books on shelves, printed with poems in gold lettering that spans sequentially across a couple of dozen spines. "For A Brief Moment … It Looked Hopeless … Hate Seemed Victorious … Nothing Moved … No One Whispered … Not Even Art ..." begins one poem across the first six volumes. The books, which are eight inches in height, turn out to be bound Jet Magazines, the seminal African-American publication that focused on civil rights as well as African-American culture — now that's an infusion of meaning. The exhibition's secondary highlight is two fire hose pieces, recycled fire hoses in whites, browns and reds that are integrated into wall works not unlike Donald Judd’s classic minimalism, but infused with throbbing civil rights history that, along with four wall works made from found wooden flooring, have become one of Gates’ signatures.