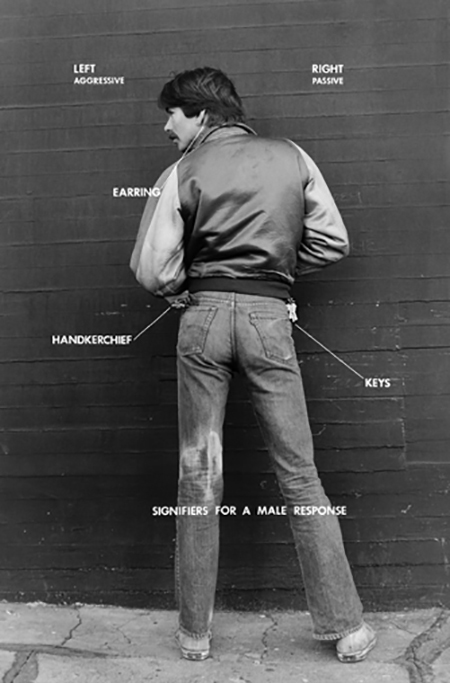 This gallery may be credited with bringing to light overlooked photographers from the 1970s and 1980s. The first art photographer they celebrated was Robert Heineken, the next Lew Thomas and now San Francisco based Hal Fischer. Fischer, one of the photographers at the forefront of the California conceptual photography movement, is best know for his project "Gay Semiotics." Originally created in 1977 and not shown in its entirety for nearly forty years, this series of black and white photographs is a prime example of structuralist photography — where language and images work together or in opposition so as to direct the interpretation of the work.

In this piece Fischer presents codes of sexual orientation as a series of photo/text images that explain in a tongue and cheek tone, for example, what keys or earrings on the left or right side of the body might signify. It was past time that this series be presented in its entirety and recognized as an important contribution to West Coast conceptualism as well as gay culture prior to the AIDS epidemic.