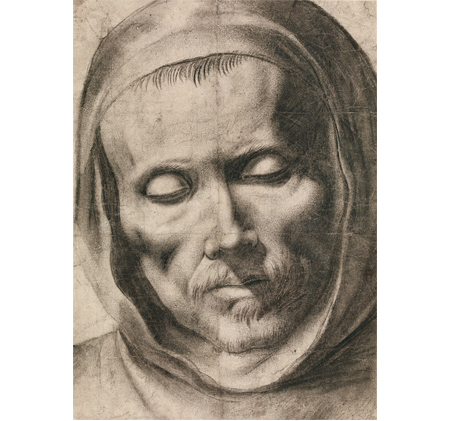 Goya, Velásquez, and Tiepolo are among the dozens of vastly influential and too seldom-seen artists featured in "Renaissance to Goya: Prints and Drawings from Spain." The traveling exhibition is taken from the British Museum’s venerable Department of Prints and Drawings, and makes its final and only stateside stop in Santa Fe. This selection of political etchings, architectural layouts and modestly scaled studies for ecclesiastical paintings offers an intimate look at the motivations and intentions of some of Europe’s then most influential artists.

Monochromatic palettes force the eye to focus on line and gesture rather than bold color. The design for a Madrid chapel interior, made between 1650 and 1660 by Sebastián de Herrera Barnuevo, offers its patron multiple decorative options — from subtle variations in floral embellishments to distinct, meticulously shaded choices of marble.

Not surprisingly, the work of Francisco Goya takes center stage. His sweeping court paintings are famous for their elaborate detail and not-always-flattering royal likenesses, but his works in charcoal and ink are direct and simple: perfectly straightforward means of conveying the themes of oppression and darkness that comprise his most recognizable and enduring work. Especially sobering are a handful of etchings from the "Disasters of War" series, which expose the savagery of combat with an ingenious economy of dashes and dabs. Nearby hangs "The Sleep of Reason Produces Monsters," Goya’s famously dreary print of a dozing man whose form is surrounded by a voluminous column of devilish bats and owls. This far-reaching and exquisitely assembled exhibition is not to be missed.