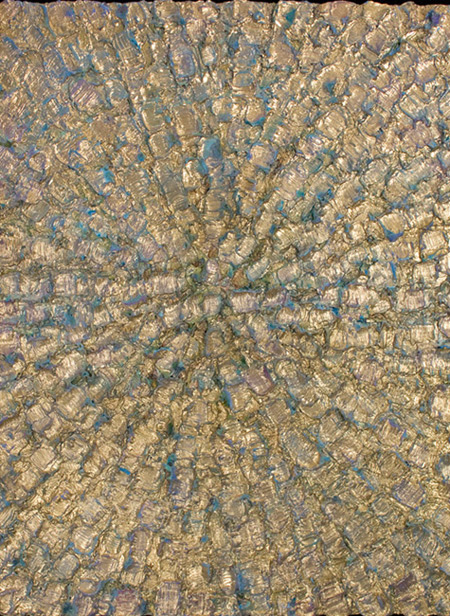 “Painting’s my vice,” Eric Elliott stated recently. He means it. In "Pairings" the material takes on a life of its own and Elliott’s unapologetic obsession with the painterly mark continues to evolve. "Pairings" groups oil paintings as diptychs and triptychs, and works play off one another in a dialectic that gently pushes image away from representation, towards eventual dissolve.

In some instances, by responding intuitively to brushstrokes in one painting, Elliott produces increasingly abstracted versions of the same painted image over and over, like a game of painterly telephone. In other couplings, the relationship is more emphatically symbiotic: Elliott’s cool "Photinia with Green Background" cannot exist without the spasming sunburst of the neighboring work "Sunlight," in which daubs of paint slowly and painstakingly built up in layers lift from the canvas like thick petals. Paintings of mundane scenery, like Elliott’s studio space and Hallmark-esque floral arrangements, edge into trippy realms of pure color and luxurious mark.