"Sonic Architectonic"
University of Texas at Dallas
by Charissa Terranova 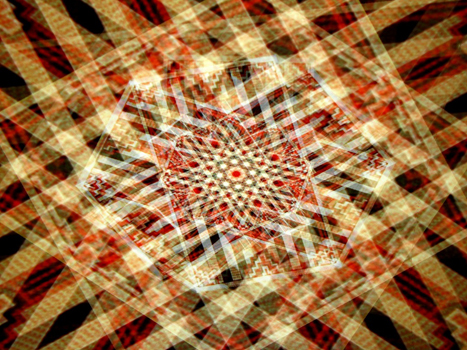 Continuing through February 18, 2012
Sound rivals smell as the most neglected of the senses in the fine arts.  "Sonic Architectonic" throws down the gantlet for noise, music, and the plunkety-plunk of life writ large, deploying the materialization of sound in the work of fourteen artists. Material is the key word here as sound is largely a matter of representation and three-dimensional installation. Brad Tucker’s environment “Bagdad Bass Club” is a romper room of low tech sound play, with a VHS playing on a tube TV sitting on the floor. A video shows his sons perplexed by a homemade vinyl record, which plays on a turntable in real space behind the screen.

A few works are straight sound, thwarting the concretization of noise in two or three dimensions that is the wont of this provocatively many-headed exhibition. Those would be “Songs for a New Century,” a recording of Marx’s "1845, Theses on Feuerbach" by Stephen Lapthisophon, a seemingly unlikely piece for libertarian Texas which can be heard above both gallery entrances; and Jill Auckenthaler and Sarah Phillips’s “what my schedule sounds like,” an electronic audio work that is part of Auckenthaler’s meticulous watercolor and graphite piece of the same title.