Wait Til Next Year
Column
by Margaret Hawkins 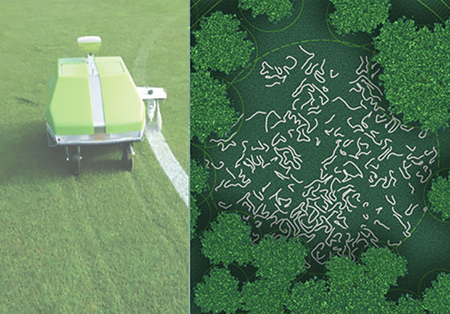 On Friday, July 24 Chicago woke up to the news that two statues memorializing Christopher Columbus had been temporarily removed from Chicago city parks.

No one was surprised. Protesters had been agitating for this removal for weeks and now, with federal troops heading to the city to further complicate things during this particularly bloody summer, the decision seemed to many to be wisely preemptive. We’ll handle our own problems, thank you very much, has been the mayor’s attitude. Not everyone was pleased, though; some in the Italian American community felt betrayed.

However you feel about Columbus, the statues weren’t especially memorable. I’ve lived or worked near one or the other for most of my life, and I have trouble conjuring a clear image of either. All I can picture is a bronze man with a puffed out chest standing on a pedestal, towering over me, neither beautiful nor inspiring, or even passingly interesting.

Do we really want our parks full of these artistically undistinguished memorials to dead white men famous for their roles in the colonial and violent past? Do we want figurative monuments at all? The answer from many has been a resounding no.

Which leads to the next question. With what do we replace these monuments, if anything? In a recent Weekly Newsletter, Matthew Kangas posed a solution: All new public art should be abstract. It’s a great idea. Let’s go forward with it for all new commissions immediately. Instead of invoking the inevitably imperfect biographies of ultimately fallible humans, abstract art in public spaces invites viewers to think their own thoughts, get lost in contemplation — of space, form, color, materiality, the relationship of nature to man and the manmade world. Allusion rather than literal representation frees the mind. Certainly in Chicago our best public art is abstract. Consider the sublime Bean, Anish Kapoor’s “Cloud Gate,” that hovers in Millennium Park like some mysterious spaceship that arrived in the night. Or perhaps it’s more a beached whale. Or a gigantic balloon, pregnant with a fantastic secret. The point of it is it doesn’t have a point, or not just one. It invites you to wonder.

There’s still a problem though. Say we replace all these fusty monuments to military force — every single one was made by a man by a man, by the way — with works of abstract art. Can we agree on what that art should be, for all people to look at for the next hundred years or more?

Which is to say, do we want permanent public art at all? Art in public spaces is said to enrich us and at its best maybe it does. But there is always that uncomfortable sense of being told what to like, what to look at, of being assigned an experience. I love coming across art somewhere I’m not expecting it, but only if I love the art. The skeptical among us don’t like being told what to like by art experts, and the really smart experts understand that. Even as official an expert as Peter Schjeldahl defended the removal of Richard Serra’s “Tilted Arc” in Foley Federal Plaza in Manhattan back in 1989 on the grounds that “the public should have a say in public art.”

How about this instead: For every disgraced monument that’s pulled down we institute a program of temporary public art that replaces that work annually with something new? Not only would this be a reprieve for those for whom a particular work does not spark joy; transitory art would also combat the problem of familiarity-driven contempt. No one would have time to become bored with the thing. Any contempt would be the result of honest dislike. Which is invigorating! Before long, the thing would go away, good, bad or indifferent. Our parks would become like galleries, or outdoor museums, with changing exhibitions. And a public art program like this by its nature would provide more artists with commissions. Our city, our world, is full of artists and most will never get a shot at having their work widely seen. We talk about inclusiveness and democracy. Wouldn’t it be better to take a chance on more good artists rather than always sticking with the same few safely vetted art world stars? Why support a winner-take-all art economy when diversity is both kinder and richer?

There are local precedents for this approach. In the 1990s the Evanston Art Center, which at the time occupied a crumbling mansion on the lake, hosted an annual summer installation on their front lawn. Often constructed from natural materials that changed over time, these installations stayed up through the fall, or until they fell apart. You could walk through them, smell them. Stuff dropped onto your hair. It was nice. The shows came and went with an admirable modesty, yielding their space as decay set in. Those shows are more vivid in my memory than any bronze figure I’ve seen in any park.

A current, edgier paradigm is the Ragdale Ring. Every year Ragdale, an artists’ community north of Chicago, chooses a team of architects to design a temporary outdoor performance space for their grounds. In the spring, when the winning project is picked, the design team shows up to build it. The next spring the whole thing comes down, to be replaced by something new. This year’s Ring, “Drawing Fields,” involves a GPS-controlled robot that creates large-scale paintings on the grounds that you can physically occupy, suggesting possible performance configurations. According to the architects, the work will “disappear with only rain, sun, growth and time. There’s no waste, no toxins and no messy clean up. In the matter of a few months, the site is ready for the next ring.”

I love it. And if you don’t? Wait til next year.