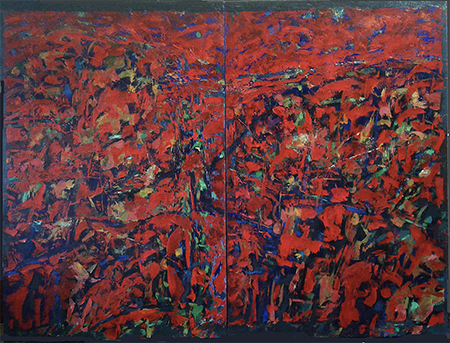 Fears of obsolescence haunt everyone — even, or especially, those in the cultural pantheon. To worry you’re losing your edge with age, no longer a member of the Cool Kids Club, is a universal experience, even if you’re Sergei Rachmaninoff, preeminent piano virtuoso of his generation, renowned for his freakishly large hands and compositions that blended lush harmonies with the sonorities of Russian bells and folk tunes. In 1941, two years before his death, he stood at an inflection point, riddled with insecurities. This was the year he premiered the third and final version of his fourth and final piano concerto, his last big chance to show the musical world he was still a force to contend with. The concerto itself, as we listen to it today, sounds like a musical transcription of his personal aspirations, fears, and above all, his longing for the paradise lost of his youth in the bosom of Mother Russia.

Even for classical-music aficionados, the Piano Concerto No. 4, Opus 40 is overshadowed by the rhapsodic No. 2 and the almost parodically difficult No. 3, Opus 30, which many people are familiar with through its prominence in the 1996 film Shine. But the No. 4 is arguably just as fine a piece, and inarguably a more poignant one from a biographical perspective. Its long gestation began in Imperial Russia, where Rachmaninoff had received conservatory training and where he composed his most famous works, sequestered at his aunt and uncle’s dacha in the countryside 300 miles southeast of Moscow. When the Bolsheviks seized power in 1917, the composer, hailing from an aristocratic family, saw the handwriting on the wall and fled to Finland in an open sleigh, carrying with him a handful of possessions, including an early sketch for what would become the fourth piano concerto. He would never set foot in his homeland again, a disconnection that pained him terribly. Living in exile in the United States, he toured widely as a pianist but languished as a composer. “Perhaps my true reason for adopting the life of an interpreter rather than that of a creator,” he lamented, was that “when I left Russia, I left behind the desire to compose. Losing my country, I lost myself also.”

Eventually he began writing music again, albeit with diminished output. One can hear profound melancholy and homesickness in his later compositions. Furthermore, as the years went on, music critics began to note that his syntax — grand chords, intricate passagework, and an intangible but unmistakable Russian darkness — had grown stale. “The Last Romantic” he was dubbed, a backhanded compliment. His fellow countryman, Igor Stravinsky, by contrast, had upended musical conventions all the way back in 1913 with the riotous “Rite of Spring,” beside which even the most progressive of Rachmaninoff’s works sound quaintly 19th Century. Nor did Rachmaninoff’s music have anything in common with the then-fashionable twelve-tone system created in 1923 by Arnold Schoenberg, which, while never popular with the lay public, enjoyed great esteem in the academy. Also, although Rachmaninoff liked jazz (he attended the premiere of George Gershwin’s “Rhapsody in Blue” in 1924 and was reportedly envious of the piece’s ecstatic reception, as well as Gershwin’s outsized wealth and fame), his own work was about as far from jazz as Moscow is from Far Eastern Siberia.

Compounding his incertitude about the fourth concerto was the fact that its two previous iterations had flopped. First there was the premiere in 1927, and then the revised version in 1928. Sixteen years went by before he took it out of mothballs to rework it one last time. He was 67 years old in 1941; two years later he would be dead. Redoing the fourth concerto was a hail-Mary pass, one that ultimately didn’t work. It received mixed reviews (“a trifle dull,” sniffed Edwin Schloss in The Philadelphia Record) and a collective yawn from audiences. It was too old-fashioned to please the musical vanguard, but too new-fangled to please fans of his older work.

Still, it’s fascinating to listen to what he was trying to accomplish and what he actually achieved, despite the ho-hum reception at the time. I’ve been listening to the concerto a lot (probably three-dozen times) since April, when my mother gave me a recording of it for my birthday. It’s a very lean piece. With each of its two revisions, the composer trimmed considerable fat, leaving a structure that’s dazzlingly concise. Like its maker’s personality, which vacillated between ambition and defeatism, the first movement starts off with a triumphant succession of seven rising chords, only to sink and slow back down, deflated, just a few bars later. The chords, with their classic bell-like cadences, rally and rise again before once again sinking. He then introduces an impishly jazz-like cadence: a descending chromatic motif that slides down like a vaudeville trombone (or, for a slightly more contemporary reference, the initial piano riff in Carly Simon’s “Nobody Does it Better”).

The contrast between exultant and shrinking-violet moods continues later in the movement with a startling volley of hollowed-out chords, more shrieking than bell-like, pounding away in the extreme treble, bringing to mind the shrieking ice-pick stabs in Bernard Herrmann’s score to “Psycho.” It’s a desperate cacophany, like someone pounding their fists on the wall or wailing uncontrollably. It’s the grief, perhaps, of someone who can never return home, because the homeland they knew and loved no longer exists. The Herrmann association continues toward the movement’s conclusion, reminding us just how much Rachmaninoff wound up influencing film music (he turned down an offer to score the 1941 film “Dangerous Moonlight”; Richard Addinsell took the gig and wound up writing “Warsaw Concerto”). This passage in the fourth concerto presages Herrmann’s score to François Truffaut’s “Fahrenheit 451” — the magical moment in the film’s last minutes when snow falls over the encampment of the “Book People.” In both pieces, the strings soar, undergirded by ethereal arpeggios, creating an atmosphere of nostalgia and daydream. It’s easy (perhaps too easy) to imagine this as an elegy to pre-Soviet Russia.

The second movement is built around a progression of three simple chords (“Three Blind Mice,” several critics wrote, dismissively). There’s some development of the theme, but not much. Those chords return again and again, like a slow, heavy sighs; like someone in the grips of depression trying to get through the night, reminding themselves: “Just breathe.” Any listener lulled into stupor in the second movement will awake with a start when the third and final movement commences manically, alternating suggestions of military bugles with virtuosic flights of tinkly treble to the incessant chiming of the triangle in the orchestra. A slow chromatic buildup to the finale shows Rachmaninoff in an unusually structural mode, foregoing sweeping melodies in order to articulate the composition’s bones. This may well be the most forward-reaching moment in his oeuvre, even if it leaves one a little cold.  As if to apologize, he leaves us with a bombastic Hollywood-ending, with proto-Lawrence of Arabia harmonics that terminate with even more triangle-banging and a snare-drum whack that’s one riding crop short of the Kentucky Derby. It’s strenuous to the point of exhausting.

Rachmaninoff’s third piano concerto will always be my favorite, but the fourth makes me feel closer to him as a man: vulnerable, self-questioning, up against the wall, trying to summon just enough of the old magic and just enough of something completely new, before it was too late. To hear it is to read his autobiography scribed in notes and rests. One wishes he’d had more years left in which to write a fifth concerto and a sixth, a seventh, and beyond, evolving ever more with changing times. But the reaper came and denied him the chance. The fourth concerto is his capstone, and I submit, a worthy one. It lasts about 25 minutes in toto. You will find it time well spent.