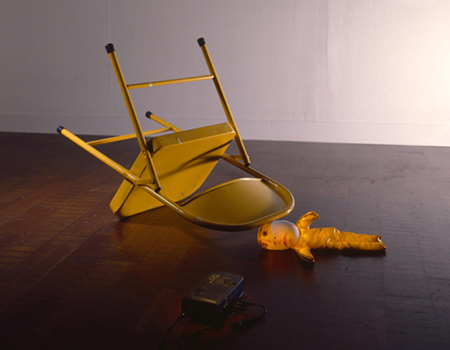 Recently the New York Times printed an opinion column titled “Get the Most Out of a Visit to the Museum.” The article, by Harry Guinness, contains five nuggets of advice with bold print headings like Understand the space and Keep comfortable. I was intrigued, sort of. I’ve been going to museums most of my life and never felt the need for a system. But a new decade was dawning — what better time for an upgrade? So I decided to give his method a try. Here’s what happened.

Rule #1: Understand the space.  I hadn’t been to the Milwaukee Art Museum (MAM) in a while. Since I have almost zero spatial memory, a trip north to see “A Modern Vision: European Masterworks from the Phillips Collection” seemed like the perfect opportunity for a trial run. Guinness recommends spending the first 10 to 30 minutes of a museum visit walking the space to see what’s there, to plan what to return to later. This idea had never occurred to me, so I bought my ticket, glanced at my watch and headed out at a trot.

At MAM, the temporary exhibition hall is adjacent to the ticket desk. That’s where 50 choice works from the Phillips Collection lie in enticing wait. I speed past, down the long hall that empties into the contemporary galleries. Already, here’s a problem. MAM’s Calatrava-designed annex to the original Saarinen building hugs Lake Michigan. The hall is lined with floor-to-ceiling windows with views that wipe out all thought of art or anything else, like sirens begging you to linger. Victims of this sublimity slump on benches, staring out to sea. Only those viewers tough enough to resist this temptation ever make it to the permanent collection.

I hurry past a guard adjusting her hairdo in the mirrored surface of a Michelangelo Pistoletto collage, though my natural inclination urges me to hang around and watch. I zip past a cool Cy Twombly and skirt around a Carl Andre, both of whose lake-ish grays try to slow me down. I move fast, dodging people actually looking at art. A Martin Puryear tempts me. So does a wall hung with chairs, a Kiki Smith, a Kehinde Wiley. I duck into the Kohl’s Art Generation Studio, where a row of table easels awaits. A young person with the demeanor of a flight attendant welcomes me and asks if I would like to make some art. “Yes,” I say, resentfully. “But I can’t.”

After that my resolve begins to falter. It’s Tony Oursler’s fault, or rather his mesmerizingly creepy self-portrait, “MMPI (Self-Portrait in Yellow).” A little puppet man with Oursler’s face projected onto it lies on the floor with his head pinned under a metal folding chair, saying weird stuff. I tear myself away and run up some stairs. I pass folk art, say hello and goodbye to a roomful of Käthe Kollwitzes — it seems indecent, but I hardly look. Downstairs, there’s Haitian art, a Dutch still life, a Neapolitan crèche and an Audubon painting of an otter I’d like to study but there’s no time.

Another look at my watch tells me I’ve blown it. Forty minutes have passed and not only am I not done, I'm lost. It takes me another ten to find a café, where, Guinness says, I must have a coffee, look at a map, make a plan.

Guinness says to spend up to an hour in the café but now it’s noon, time to go outside and stand on the pedestrian bridge in the freezing rain and watch the building’s wings flap, which leads me to break rule #2: Keep comfortable. I wait. Sleet slips inside my collar. My boots leak, my socks go slushy. Then a subtle movement begins, gray against gray, and the wings begin to rise. Rules-wise, I’m batting 0 for 2, but it’s worth it.

Rule #3: Avoid the crowds. I get this one right. This is Milwaukee. There are no crowds.

By the time I get to rule #4, I’m back inside with soaked hair and openly rebelling. Guinness stipulates: Use every resource available. By “every resource” he doesn’t mean your intellect, or your soul. He means the audio guide and not only that, but the museum phone apps. He’s telling you to get out your phone and stare at it while standing in front of a Bonnard. I’m here on Earth to tell you this is bad advice. Guinness, who by now it may be obvious is not an art guy, spends much of his column quoting Nick Gray, founder of Museum Hack, who’s the one who came up with the idea of using phone apps. (Guinness also cheerily cites Gray’s claim that he often spends half his 2-hour museum visit in the café.)

Which leads me to rule #5, Don’t overdo. Normally, I’d agree. But now I’m annoyed and I decide to gorge, returning immediately to the Oursler self-portrait to watch his little puppet face make its way through a litany of sickening and/or fascinating confessions and thoughts: “I have harmed animals in the past.”  “Animals are better than people.” “I sometimes hear voices others do not hear.” I listen to the whole thing and when the tape begins to repeat, I stay until a mob of noisy preschool children just released from Kohl’s Art Generation Studio suddenly surrounds me. “I’m gonna have nightmares,” one of their adult keepers says, attempting to herd the children away. They ignore her. “He looks like a talking potato,” one observes, astutely. The other children agree.

Eventually I find my way back to Puryear, the chairs, Lipman’s “Laid Table.” I forget the Haitian art and regret it later. I almost forget the Phillips Collection; then, remembering, I almost skip it. But I’ve already broken four out of five rules. And how do you walk away from Daumier, Corot, Manet, Courbet, Dufy, Morisot, Kandinsky and those Bonnards? Picasso’s portrait of Dora Maar alone turns out to be worth the extra hour, her shattered face all the more haunting now, seen through the double lens of Cubism and #MeToo.

My last stop is Cezanne’s self-portrait. It makes me think of Oursler’s, and I wonder: Was Cezanne’s impulse also to confess and confide? If so, what? The thought might never have occurred if I hadn’t overstayed, gotten drenched and got lost. I’m glad I did.

1. Do not use every resource available. Eschew “resources.” Use your eyes. Do not rent an audio guide the first time you see a show. Put away your phone, put away the map. Resist the urge to read the volumes of mind-numbing wall text you will be confronted with, at least until after you’ve looked at the actual thing it describes. In a world of thought silos, predigested experience and experts weighing in on everything, here may be your best chance to make an original discovery.

3. Get lost. The problem with Guinness and Gray is the same as with bucket lists. When you focus on the list or the program you miss the extraordinary serendipity of connections that only happens when you end up somewhere you never planned to go. Wandering a museum is the safest, cheapest possible way to have this experience.

4. Finally, except in matters of politeness, throw out the rules. See the museum on your own eccentric or philistine terms. But see it.