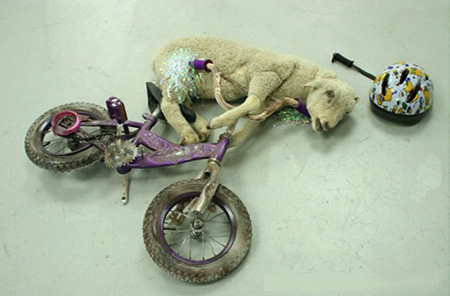 "Velvet Buzzsaw," the new art world satire/horror film, seems the film for the moment, given how nutty, if not quite murderous, the art world seems at times. I have not seen it yet, so I can't pass judgment. The same might be said about Nathaniel Kahn's documentary "The Price of Everything," which takes yet another look and the relationship between art and commerce. The latter won a prize at Sundance last year. The online and print chatter about both so far has been mixed.

As the topic of new art-world film releases has come up, there are some that I have seen more than once over the years that are worth recommending. I do not make this statement lightly, as I consider many films worth watching once, but only a few twice or more. Some films are interesting for their subject or plot, especially if reality-based. Special effects are often just annoying. Glacially slow pacing, painfully bad dialogue or acting doom many others. You may watch, as I do, prepared to hit the fast forward button. Alas, there aren't many satires along the lines of "Velvet Buzzsaw," so I am including some biopics and documentaries. Nowadays they are usually available online.

Best satire:
"Untitled" (2009), a spritely, buoyant satire of the New York art scene, manages to be both wryly amusing about the vagaries of artistic and commercial survival, about "The Work We Have Chosen" (to quote Hyman Roth in "Godfather 2"), and, curiously, warm-hearted about its cast of striving but flawed characters, which include artists, gallerists, and collectors. Perhaps the affection is personal to its writer/director, Jonathan Parker, who had previously been active in the contemporary music scene. I had the good fortune to attend its premiere in San Francisco with an art audience that loved the jokes, especially its send-ups of the more contrived variety of conceptual art.

Best artists-only nonfiction-based dramas:
"Final Portrait," director Stanley Tucci's valentine to the so-called existentialist sculptor/painter Alberto Giacometti traces the laborious making (and Sisyphean unmaking) of a portrait of American critic James Lord, whose book detailing the ordeal-by-sitting was the basis of the screenplay. Art civilians may find the film as tedious as watching paint dry, as one innocent film critic complained. But art cognoscenti will find Geoffrey Rush's comic-anguish turn close to perfect, and the film's recreation of the famous dusty Avenue Hipployte-Flandrin studio is remarkable, even museum-worthy on its own. I reviewed the movie for VAS.

"Edvard Munch" is Peter Watkins' 1974 portrait of the Norwegian Expressionist artist as a young man adrift in the fin-de-siècle bohemian circles of Christiania (Oslo). This sober examination will also be slow going for many viewers, and depressing to some, with its flashbacks to scenes of family trauma that Munch depicted in now-famous paintings. But it's a fascinating look at how the free-love counterculture made (and maybe damaged) the young, sensitive "doomed" painter — who went on to live an improbably long and productive life.

"Vincent: The life and Death of Van Gogh" (1987), written and directed by Paul Cox, takes a first-person-camera look at the life of the Dutch visionary, with a voiceover narration taken from the artist's letters to his supportive art-dealer brother, Theo, read by the actor John Hurt, whose gravel-and-velvet voice seems just right. Also check out Andy Serkis' spooky-mad Vincent — almost horror-movie-worthy — in Simon Schama's series, "The Power of Art." (Alan Corduner's take on Mark Rothko in that series is another noteworthy bravura performance.)

Best general-audience documentaries:
"The Universe of Keith Haring" (2008) by Christina Clausen makes terrific use of videotaped footage of the young graffiti artist, entrepreneur and gay activist, finding his way in New York in his teens and twenties, before the scourge of AIDS. It's emotionally touching, and its use of found footage is extraordinary. If only large VHS cameras had been around to record, say the painting of the Sistine Chapel ceiling. Charlton Heston as Michelangelo in "The Agony and The Ecstasy," however, still serves as the best surrogate we've got, as does that other cult biopic, "Lust for Life," with Kirk Douglas as a histrionic Vincent Van Gogh.

"Andy Warhol: A Documentary Film" (2006) is a six-hour, A-to-Z documentary made for PBS's American Masters series by Ric Burns on the bewigged icon of affectless cool and prophet of media-based art. The artist's ascent from small-town Pennsylvania to a career in commercial illustration, then later to the heights of New York's art world is fascinating, even if it was the filmmaker Emile de'Antonio who persuaded the artist to paint Coke bottles and other consumer products of desire in a flat, uninflected style, not in juicy, romantic Abstract Expressionist tones.

"The Cool School" (2008), Morgan Neville's enthralling look at the origins of the Los Angeles contemporary art scene in the 1960s, focuses on the then radical Ferus Gallery. Its interviews with many of the artists, critics and dealers. It bounces merrily from founding partners Edward Kienholz and Walter Hopps, artists Billy Al Bengston and Larry Bell, and dealer and dandy Irving Blum, with his limos, yachts, and eye-candy escorts.

I know that I am omitting some good movies, even some I may have watched twice (but not three times), that are among your own favorites. Ed Harris as Jackson Pollock, Charles Laughton as Rembrandt, Timothy Spall as JMW Turner come to mind for Honorable Mentions. And then there are the fictional artists: Alec Guinness's and Robert Newton's obsessed eccentrics in "The Horse's Mouth" and "Odd Man Out," respectively. Art is long, and life is short.