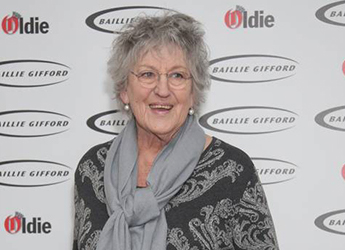 Among the cascade of depressing news items detailing the decline of our wise species, I noticed several articles in British publications detailing Germaine Greer's unorthodox views on art education: it's a waste of time, she says. Time to declare victory and leave: Art Exit.

Greer is, of course, the feminist who in "The Female Eunuch" (1970) began her attack on the oppression of women and girls in bourgeois, consumerist, phallocenttric society, an attack she elaborated in "Sex and Destiny: The Politics of Human Fertility" (1984), "The Change: Women, Aging," "Menopause" (1991), and other works. Erudite, charismatic, hip, and fearless, this scholar of Byron and Shakespeare took on and scored points against such alpha males as Norman Mailer and William F. Buckley. One might then expect her — a bona fide radical intellectual with four decades of achievements, and an academic champion of "self-definition and self-determination" — to defend artistic expression in dulcet, civilized tones. One might second-think that assumption.

A July 1st Press Association article covered the presentation of the South Bank Sky Arts visual art prize by Greer in London. This is a prestigious award previously granted to such luminaries as Anish Kapoor, Andy Goldsworthy, Gilbert & George, Paula Rego, Chris Ofili, Frank Auerbach and Anthony Gormley. After presenting the prize to painter Rose Wylie, whose eccentric work she had praised in The Guardian in 2000, Greer told reporters: "I think perhaps we should stop teaching art. I think we shouldn't be teaching kids how to do it … I don't think you can do art at school. You do art at home." Wylie, who confessed to being "astonished" at this, demurred: "The whole thing about art is that it's liberal, and there's no language. There's no problem with language, there's no problem with translation, and children can get a sense that it's your own, you can be exhilaratingly successful without any cost, without any need and without any dependence on anyone else."

A subsequent article in Frieze.com two days later reveals that Wylie had been mindful of declining enrollments in British art classes, from an article she and other artists had recently written, "Culture is a Birthright,": "… you cannot teach creativity directly, but you can bring about the subjective space it needs, and encourage conditions and attitudes from which art can emerge and flourish."

I agree with Wylie that art deserves care and feeding in our increasingly uncivilized money-power culture. But I suspect that everyone has dark nights of the soul about the teaching of creativity, which some artists believed impossible to implant in an inherently inartistic soul. In 2001 Greer attacked the institutionalization of art in a breezily titled article, "Now please pay attention everybody. I'm about to tell you what art is," in which she declared that art must create for itself an "art space" or "art time." Drawing and painting are fun, … but they are not art until they acquire separateness," or a "sacredness," which she regards as anti-market. That's a Romantic view in today's global economy — and maybe, given the realties of economic survival, overly idealistic. She extols the kids who do graffiti at midnight: "They can make no money out of what they do. There are no prizes for them. They could go to jail. There is no truer example of the sacredness of the art enterprise than this." I daresay that some of those kids have by now made peace with the vulgar and oppressive machine of the art world.

Art depends on dialogue and discourse, as well as solitary work, so we would short-change artists if we blithely closed down the schools. The idea itself is a radical libertarian fantasy that is out of touch, even in our uncertain, inhuman times. Theodore Dreiser wrote, about non-fun aesthetic achievement, "Art is the stored honey of the human soul, gathered on wings of misery and travail." Contrariwise, Procol Harum revealed, sacredly: "Life is a beanstalk, isn't it?"