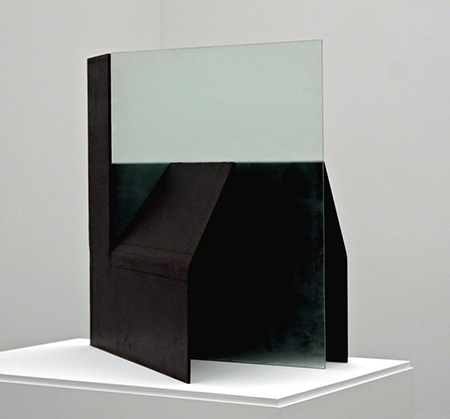 Why is it that some artists of more or less equal talent are neglected and others praised and celebrated? The answers are far from clear and often involve stereotypes or generalizations about art critics, galleries, museum curators and collectors. Is there room for everyone at the inn? Hardly. With limited space available for exhibitions, competition, especially in urban centers, is stiff. For our purposes here, artists with mature, mid-career or posthumous reputations are briefly examined to determine what, if anything, they can do to further their careers — should they choose to do so.

Success is optional, of course, and many presumably fine artists eschew what they consider a rat race or system with cards stacked against them for reasons of gender, age, race or political expediency. However, for those willing to pursue institutional recognition and rewards, a constellation of conditions applies if attention is to be paid and external validation by authorities is desired. Since tastes vary considerably from one geographical region to another, let’s assume the artist in question has a large enough body of work to engage a dealer, critic or curator to help them seek greater renown.

Prior visibility, reviews and an exhibition record are essential. In regional art museums in Washington State, for example, showing outside the area, especially in New York or Los Angeles, provides an automatic pass to the head of the waiting line. This presumes wider extra-regional endorsements that bolster self-confidence, the equivalent of “pre-approval” of a loan when buying a house.

Next, how can the artist grab the notice of a powerful person who can give them a leg up? Hiding your little light under a bushel, to paraphrase the Sunday school hymn, will usually not work. Curators are rarely adventurous and most are uncomfortable taking a chance unless other curators have already signed on. They are like Dwight Macdonald’s description of postwar New York intellectuals, “the herd of independent minds.”

After that, the current climate of artistic taste — usually begun in the established creative centers of New York or L.A. — is a strong influence on which kind of artists are chosen. In the 1970s, it was photographers; in the 1980s, it was figurative Neo-Expressionists; in the 1990s, it was a revival of Pop and Neo-Geo consumerist satires. For valedictory surveys of oldsters or retrospectives, contemporary curators frequently seek those who anticipated the current trend.

If a given artist lives long enough, chances are increase that they will eventually be remembered and revived as new masters who were earlier dismissed or ignored. Similarly, longevity becomes a competitive criterion, as in the case of Carmen Herrera (honored at the Whitney in her 90s) or recently in Seattle, Michael Spafford (now 82, shown in three galleries at once). Bear in mind, curatorial agendas change every three or four years and the usual tenure for a contemporary curator is about seven years. If one curator neglected you, a newer, younger one might like you. Conversely, as in the case of photographer Marsha Burns, Pacific Northwest art museum curators fell all over her in the 1980s but when they changed jobs, she quickly dropped into oblivion until last year, when Prographica/KDR re-discovered her.

One unfair advantage older artists have is death. Those most likely to succeed, according to this shibboleth, are the dead. However, even here despite glowing obituaries, neglect and rapid amnesia can set in unless the artist and his or her family have made aggressive professional efforts pre-mortem to keep things going. This attracts or preserves curatorial interest through effective estate representation, which makes possible the effective organization of the body of work left behind, piles of catalogues, monographs, reviews and records of works held in public and private collections that lift the deceased out of the decaying ash heap of art history.

Few curators can completely disregard the now-denigrated “artistic canon” or pantheon of the greats even when trained as post-modern art historians. Now it is pre-formed not so much by other art historians as by art critics and collectors. Without their imprimatur, few artists rise to the level of acquisition, exhibition and the broad the hope of being remembered after death. The van Gogh myth is just that, now replaced by another fantasy that creates fame by the social construction of reputation in institutions, the media and the art market during and after the artist’s lifetime.

Pre-mature death by suicide or accident is another possible path to enhanced renown. Mark Rothko and Jean-Michel Basquiat are examples of each who probably would be remembered had they not met such ends, but their unnatural deaths only elevated how they have been remembered. Steel-and-glass sculptor Christopher Wilmarth overdosed on drugs in 1987, but his estate followed with representation right up to the present in New York’s Betty Cuningham Gallery. By contrast, the brilliant young Seattle painter David Christensen committed suicide around the same time but has been utterly forgotten. He did not live long enough to match the quality of Wilmarth’s connections or body of work.

The young, the mid-career artists, and the dead are all subject to neglect, revival, recognition and celebrity. We simply never know in which order they will occur.