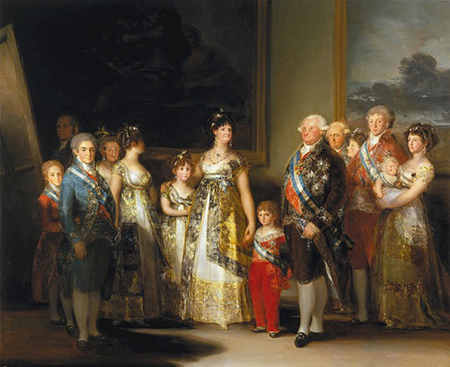 The end of an empire
Is messy at best
And this empire's ending
Like all the rest
Like the Spanish Armada
Adrift on the sea
We're adrift in the land of the brave
And the home of the free
Goodbye.
Goodbye.
Goodbye.
— Excerpt from Randy Newman's "A Few Words in Defense of America"

The January 2 death of the art critic and Renaissance man John Berger adds another painful tombstone to the art world's death toll for 2016. Granted, I'm fudging with the calendar a little, but it really does seem that entropy is king in America these days, with rationality, perspective and respectful discourse at a low ebb. Art, which used to provide a kind of ideal alt-universe to messy reality, no longer fulfills that adversarial function; it is now, no less than the political leadership, bereft of moral authority, just another arena for careerism and consumerism. See Michel Lind's critique of the German Romantic idea of genius, now construed, in our no-authorities, no-standards celebrity age, as immunity to criticism.

Since the election, I've been taking my usual holiday reading/video break (when not following the news with grim, heartsick resolve). I spent time this December, watching the Great Courses art history lectures of Professor William Kloss, an independent art historian affiliated with the Smithsonian Institution. Kloss' professorial demeanor, his drily humorous, courtly lecture style and his encyclopedic knowledge lead me to recommend his lectures — on European art from 800 to 2000, 17th-century Dutch painting and Italian Renaissance art — to anyone planning a serious art-centric Grand Tour, or seeking a refresher from fake FoxKoch news. Iron butt a prerequisite.

How do we foster both an informed electorate and an art audience immune to hucksterism? Noah Charney in "The art of learning: Why art history might be the most important subject you could study today" questions the technical, market-based emphasis of contemporary education, which scants the liberal arts because, in this view, only STEM learning (i.e., Science, Technology, Engineering, Mathematics) "makes money or increases power."

Charney disagrees, citing Berger's 1972 book, "Ways of Seeing" and the TV series adapted from it: "Berger … taught us how to unpack what we do see, to separate the wheat from the chaff, the truth from the fiction, and to uncloak hidden ideologies in visual images … Our culture is far more barraged by images than Berger's was in 1972, only heightening the relevance of his lessons.

Can the discipline of art history, commonly seen as frivolous, save the world? Even Barack Obama, one of the most cultured and thoughtful men ever to occupy the presidency, once mocked art history degrees as the epitome of impracticality. (He later apologized, after predictable pushback from the powerful art-history lobby.) But I would agree, with Charney and Berger, that those in the arts, who struggle every day with questions of presentation and illusion, have better BS detectors than those who scoff at fancy-pants degrees in 'soft' disciplines. Let's stop being amnesiacs, unthinking reeds bending to prevailing cultural winds.

Here's an illustration. Francisco Goya, that consummate walker of political and aesthetic tightropes, revolutionary and counterrevolutionary, painted in 1800-1 a portrait of power that is now famous for its sly subvertion and mocking of its subjects. "Carlos IV of Spain and His Family," a mural sized work, presents thirteen members of the royal family, accompanied by the painter himself, standing in the shadows at his canvas. Brightly illuminated and sumptuously dressed, the royal couple (famously characterized by critic Théophile Gautier as "the corner baker and his wife after they won the lottery") and their lackluster issue are revealed as vapid nonentities devoid of character or intelligence. Fred Licht in his book "Goya: The Origins of the Modern Temper in Art" (1979) wonders how the artist, the official Bourbon court painter, got away with this "degrading … description of human bankruptcy."

The answer is that Goya cleverly patterned the composition on a beloved earlier court portrait, Velasquez's "Las Meninas (The Bridesmaids)" (1656), with its tiny mirror at the far end of a huge room, reflecting the king and queen. Since we see what they see, we are, in effect, transformed into the royals in this cleverly constructed, subtly flattering image, safely steering clear of dangerous lese-majesté. Goya flatters his royals, ostensibly, with beautiful color and brushwork in their costumes and decorations. But he uses Velasquez's mirror idea irreverently, to undermine monarchical authority.

Writes Licht: "In the Goya, too, the attentive glances of most of the portrait subjects are just as strongly focused on an object outside the picture … But we look in vain for the one object that might yield a clue as to what all these people are looking at … The mirror [of Las Meninas] is still there, but it is no longer within the picture. It is the picture." We viewers, as with Velasquez, become the subjects: in this case, the aimless, nondescript, overdressed royals, contemplating our estimable likenesses with considerable self-satisfaction. Pierre Gassier describes Goya's royals as placed on a "stage facing the public, while in the shadow of the wings the painter, with a grim smile, points and says: 'Look at them and judge for yourself!'"

May we count on your support? Thanks for your kind attention.