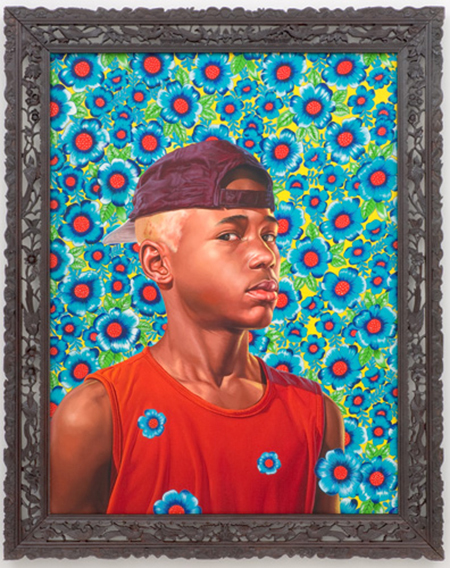 Four years into her job as Illsley Ball Nordstrom Director and CEO of Seattle Art Museum, Kimerly Rorschach has increased attendance, amplified the museum endowment considerably, and corralled a staff of curators at three separate sites into a well-oiled cultural organization that has shifted directions over the past decade. The result has been programming that now appears more attuned than ever to Seattle and the Pacific Northwest’s ethnic and racial diversity.

This is as it should be for a museum whose top collection strengths are Asian, African and Native American art. This is a topsy-turvy kind of art museum due to the respective taste of three early patrons — Richard E. Fuller, John H. Hauberg and Katherine White — whose tastes privileged ethnic art over European Old Masters both in programming and acquisitions. Beginning with its original art moderne building, constructed in 1933 within a city park, Seattle Art Museum’s Chinese, Japanese, Korean, Indian and Vietnamese collections remain in that building, now called the Seattle Asian Art Museum (SAAM). In a recent interview, Rorschach hastened to add that “one of the strongest audience connections lately has been with South Asian art and the large Indian community, many of whom work in the tech industry. There are Chinese, Korean and Japanese students at the University of Washington and we want to reach them, too.”

SAAM will close for  a year-and-a-half of total renovation next year, a project that will need “forty-five million dollars, of which we have over thirty million so far.” The Seattle firm, LMN Architects, will oversee the historic renovation. “We need to be confident,” Rorschach continued, “that everything — money and art — is secured before we move the collection [to our main site] downtown to have displays here in the meantime.”

While SAAM attendance varies between 30,000 and 60,000 per year, SAM and its Olympic Sculpture Park draw an average of 700,000 annual visitors to see exhibitions that, in the coming two years, will feature Yves Saint Laurent; European landscape masterpieces from Microsoft co-founder Paul G. Allen’s family collection; Yayoi Kusama’s “Infinity Mirror Rooms;” and an Andrew Wyeth retrospective. Discussing blockbuster art museum shows, now so central to American art museums’ income, Rorschach noted, “Some are so big that we can’t do them. Our current Kehinde Wiley show [closing May 8] is off the charts, with sold-out tickets and school tours. Our audiences reflect a huge variety of interests. We want to be global, so Asian and African art in particular are crucial. And contemporary art is always an important part of that mix.”

“Masters of European art, which everyone loves, are one of the hardest things to get — and afford. You have to leverage the strengths of what you have [in your collection]. Old Masters are great, but you want to build a broader base than that for your audience. We still want to bring great Old Masters, Impressionists, and Picasso. We’ve got to bring in big audiences for revenue and that’s really going well. Now we are about to launch another endowment campaign. Costs continue to go up; technology must be updated. We can have really robust shows by leveraging all our resources.”

As to the distinctions among U.S. and foreign museum directors, Rorschach quickly mentioned that fundraising campaigns in the U.S. are “at least fifty percent of the job. You’ve got to engage people, be a people person, and always bear in mind your audience.”

Arriving in Seattle in 2012 with about two decades of museum experience, first at University of Chicago and then at Duke, Rorschach advised young people who want to become art museum directors that it’s “better to be a curator first. Learn all about the art. To be a director, you’ve got to know art. I didn’t know at first what all this entailed. That was dropped in my lap when the University of Chicago called about running the [David and Alfred] Smart Museum. I gave it a try!”

As far as hiring people, a director “must talk to all the references and hire people who can get along as well as know their field.” Growing up in Houston, Texas (another city with three related museum sites) and studying art history at Brandeis and Yale (her Ph.D. was in 18th-century English painting) gave her a good preparation.

Thinking ahead, Rorschach concluded that “My vision is that this become the right museum for Seattle into the twenty-first century. It’s not what it used to be but, while we respect and build on our illustrious history, we’ve got to be responsive as well as responsible. That way, we can all grow and fulfill our great desires about what to present. We’re on the Pacific Rim so we want everyone to benefit from what we do.”