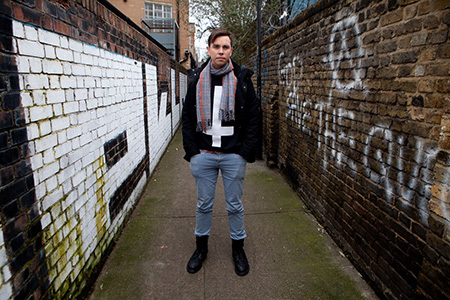 I'm recently home from Minneapolis, where I attended the May 28-30 Superscript conference at the Walker Art Center. Described as an examination of "Arts Journalism and Criticism in a Digital Age", it was a fun several days; I ran into some old friends, got to spend time at the Walker and at the Minneapolis Institute of Art and enjoy the city a bit. I had no responsibilities at the conference except to sit and let it flow over me, to see what some colleagues and arts professional were making of the possibilities and challenges confronting arts journalism today.

On the whole, it was a sort of throat-clearing exercise on this topic. I didn't hear anything that fundamentally changed the overview of the current state of art writing today, it was more a litany of the challenges that rapid changes in platforms, the delivery systems of arts journalism have wrought on the profession. You know, the great decline of art writing in newspapers, print art publications struggling to retain their place in the marketplace – including the marketplace of ideas – the role of the internet, both positive and negative, in all of this, and the impact of a changing critical environment on the communities it serves. There wasn't a lot of time for recriminations or name-calling here, it was a rather sober conference, with a sense that if you're in the midst of massive change, it makes sense to try to direct it toward those ends in which you believe.

There were four main sessions: "Credibility, Criticism, Collusion," "Sustainability, Growth and Ethics," "Connectivity and Community," and "Artists as Cultural First Responders." A few films, keynote addresses by Ben Davis and James Bridle, and a lot of Walker people declaring victory and patting themselves on the back rounded out the event. In each session four or five people gave about 10 minute presentations, and then convened for extended panel discussions and a Q and A with the audience, which usually numbered around 200. It all ran smoothly, but as is always the case with these events, much depended on the quality and agenda of the speakers, who was invited and why, and how seriously they took their responsibilities. Obviously, with more than 20 panelists and speakers, there would figure to be some variation in performance, and so there was. I'll never understand why someone would agree to speak at such an event (and I assume be paid or have their travel comped) and decide to appear without any preparation at all. But that wasn't unexpected; what was striking was the overall morose tone of the speakers, almost an embrace of the dilemma (as many saw it) of contemporary art writing today. About the best most could offer is that perhaps we'll slog our way out of this somehow. Our job now is to keep the fires stoked in the hope of better days to come.

Still, there were glimmers of movement here – many speakers noted that the broadening of access to arts journalism platforms has led not just to more voices, but to more diverse voices. It was informative to hear the entrepreneurial thoughts of Veken Gueyikian of Hyperallergic describe the evolution of his website and its slow move toward sustainability. I could not help but notice how often phrases such as "monetize the internet" and "post-descriptive criticism" sprinkled his and other presentations. I understand why Christopher Knight of the Los Angeles Times would say, and I paraphrase, that his primary role as an art critic is to sell newspapers and generate web traffic. I just wish he would have added commentary addressing the question of his own intellectual integrity, so I'll put some words in his mouth: … but I won't change a molecule of my analysis in order to do so.

Most of us now take the internet for granted, and there might have been more thinking about what it means that I can be reporting to you in Visual Art Source in early June on an event that just happened. If I was writing this for a monthly such as Artforum (not their website; though another telling observation at Superscript – I haven't checked to see if it's totally accurate – was that while Artforum still prints negative reviews, artforum.com only posts positive, short and pithy ones) it would probably appear in its September issue. There would also be a pretty strict cap on the word count in print, while an analysis on a web page is more dependent on what I actually have to say.

A key issue that came up as a consequence was that, for the average arts reader, their thinking about what content to consume has perhaps shifted from "How should I spend my money?" to "How should I spend my time?" But the core dilemma – that the public is consuming more arts criticism and arts journalism than ever before, but paying less for it – was danced around for the most part. But this was still an important exercise, and will be a better one over the course of the coming decade or so, when things have shaken out. It's clear that in art writing, as in many other aspects of our culture, a structure and stability that existed for a generation or three has been toppled, though it hasn't completely disappeared. Why not just declare victory and move on?