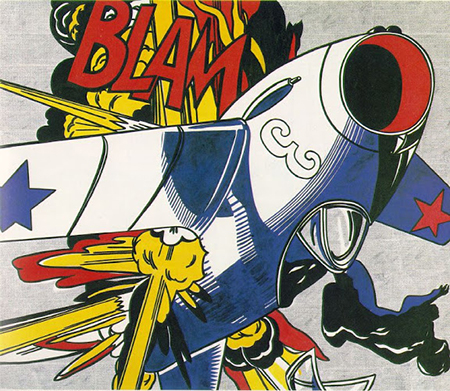 News stories from the frontiers of the art world are often odd, since strangeness and absurdity are now the norm. But sometimes these little crises escape the surly bonds of world-class status shopping and become emblematic of larger societal issues. I refer, of course, to the scandale du jour, the smashing of the Han Dynasty vase decorated by international celebrity artist Ai Weiwei (priced by police, no less, in their criminal charges, at an imperial one million dollars, to quote Dr. Evil) by a disgruntled artist protesting the exclusionary exhibition policies of the Pérez Art Museum Miami.

The artist, Maximo Caminero, is having his fifteen minutes of fame, but his motives were understandable to 99 percent of artists, i.e., those not on the international A-list. Presumably he was goaded beyond sufferance as well by the photographs, mounted alongside the vases, of Ai dropping an ancient vase himself, years ago, in a visual declaration of independence from stultifying Chinese tradition. Caminero did not know that the vase was an antique, and has apologized for misbehaving; Ai, whose recent imprisonment has understandably made him philosophical, seems unperturbed. If you missed the earth-shattering story, see Howard Cohen’s Miami Herald piece.

This may appear to be just another art-world dustup with no relevance to outsiders, but for me it raises issues about culture and creativity. If Chinese avant-garde artists like Ai Weiwei felt that that the art tradition they inherited, which purportedly fostered societal solidarity, had become a dead weight on present creativity, we in the United States, who have institutionalized individualism and innovation to the point of fetishization, have the opposite problem. Some American artists have succumbed to the capitalist model of creativity as the production of luxury goods; after Warhol declared art just another job, the old idea of self-expression, laboriously achieved, sounded, to many, old-fashioned: square.

In recent years, a school of supposedly capitalist-critical art has arisen, making much ado of designer logos; such easily conceived and executed academic agitprop is easily co-opted by the ‘sophisticated’ (read: ironic and self-regarding) art world, to the gratification of these artists, who, in reality, function more as court jesters to the One Percent than as real revolutionaries — like, say, the late Pete Seeger. While Ai Weiwei’s moral courage in his battles with the Chinese government is indisputable, in the art world it adds to his international commercial luster, as he must certainly know — and as museum curators and directors discovered long ago.

Also problematic for me is how far appropriation has come in the past fifty years. When I first saw Roy Lichtenstein’s wonderful 1962 painting, “Blam,” reproduced in Time magazine, I recognized the source of the upside-down Russian MIG fighter with a flower of flame spewing from its belly as Russ Heath’s drawing for a war comic (are those still around?). With photography becoming increasingly important in art practice, along with the acceptance of mass-media sources (and the relative decline of craftsmanship), appropriation as a strategy has survived court battles over plagiarism (Robert Rauschenberg, Jeff Koons, Shia LaBeouf) and become accepted practice in the academy. The digital revolution has made the cutting and pasting cheap and easy; we are, visually, in the Photoshop, cellphone and selfie era, without apology or opprobrium. Nobody questions Ai’s propriety in expropriating, altering or destroying, à froid, intellectually, conceptually, smiling at the lens, the work of an unknown, dead potter; we shake our heads, however, over Caminero’s crime of passion, because, ahem — one million dollars! The crime against high-value, celebrity property appalls us, but not the violation of the intellectual-property rights of unknowns.

Nothing will make the digital age go away, of course; nor would we want it to. But the convergence of an easily won art aesthetic with the entitlement narcissism bred by consumerist-celebrity culture do not bode well for art as self-expression or even social utility (unless you consider lunchtime Tweeting worthwhile). Real art ought to be hard to create and challenging to understand or enjoy. The “fun and easy” values of Madison Avenue and certain sectors of the art and infotainment world make everything art — and nothing. “Interesting” replaces moving or memorable, and it’s on to the next distraction. Is self-expression even possible when electronic pacifiers become substitutes for the autonomous, engaged, critical self? A bas Babeuf! Vive LaBeouf!