"All Art Was Once Contemporary"
Editors' Roundtable
Column by James Yood 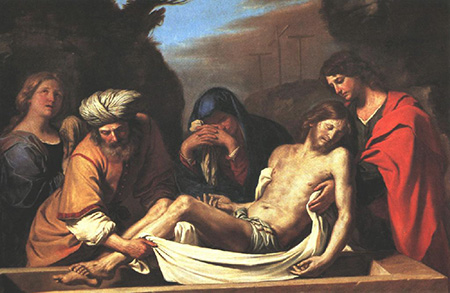 “All art was once contemporary art.”  That’s a little mantra I whisper to myself when my attention is flagging in, say, the Baroque and Rococo rooms of a museum somewhere, when the prospect of being sufficiently attentive to a Guercino or a Boucher is almost more than I can bear. I then hunker down and remind myself that once Guercino was a contemporary artist whose work might have seemed exciting and strange to his fellows, and I try to puzzle out what issues he was probing in his art, to see what was risked, and think about how it compares to what’s at stake for contemporary artists today. Of course, Guercino and Boucher may have made contemporary art once, but their art isn’t contemporary any longer. Whatever their edge was, however they were pushing the envelope, all that was resolved long ago. Any radicality (and only certain contemporary artists, today or in the past, possess radicality; it’s actually hard to think of Guercino as a radical) has long since been absorbed and normalized by subsequent artists and by the culture at large.

And what, after all, do we mean by the term “contemporary art” anyway? For us in 2014, when did contemporary art begin, and just what is it that separates the contemporary from “modern art”? These are tough questions to answer, and men and women of good will can disagree on their replies. I’ve asked a lot of arts professionals these questions over the years, partially for selfish reasons, as I’ve been teaching an art history course called “Contemporary Art” since the 1990s. Some of my respondents push the contemporary as far back as 1945, with the clear beginning of the ascendency of American art and culture, others to 1960 with the advent of Pop Art and the ubiquity of television and advertising. Some peg the beginning of the contemporary period to 1968 and the Days of Rage along with the early stages of Postmodernism. Others point to the fuller recognition of Postmodernism in the 1970s. Now there are those calling just the last twenty years — I guess that would mean 1994 now — contemporary, or consider it to be the art of our lifetimes, whatever that might be. Or is contemporary art just since, say, 2010? 2014?

To my mind, contemporary art begins in the 1980s. It was then that a series of events took place and issues arose that continue — though with adjustments — to provide a significant part of the contexts for current art; conversations that began in the 1980s continue to be relevant today. The re-emergence of Europe as a major cultural player dates to the 1980s, and the subsequent globalization of contemporary art in Asia, Africa, South America, etc., all derives from that, also manifested in the debut during the 1980s of international art fairs. All of this points to the end of the hegemonic status of New York as the center of the art world (indeed, from 1945-1980, contemporary art was pretty much restricted to New York), the art world began to be decentered in the 1980s, and places such as Los Angeles, Chicago, Berlin, London, etc., became significant centers of contemporary art. The rise of the young male art superstar, with artists in their thirties becoming celebrities and commanding a great presence in the market also began in the 1980s, and the explosion of the market, both in galleries and the increasingly significant role of auction houses, also is a 1980s phenomenon. Art controversies and censorship issues dominated the visual arts mainstream news fare in those days, and that, as well as huge prices realized at the auction houses, continues to fascinate the broader public today. A second generation of feminist artists, photography becoming large in scale and a major player in contemporary art, the ubiquity of personal computers and the beginning of the internet, more forthright examinations of LGBT culture, the pointed interaction between modernism and postmodernism; all of these topics bear the hallmark of the 1980s.