Wary of the Spiritual
Editors' Roundtable
Column by Betty Brown 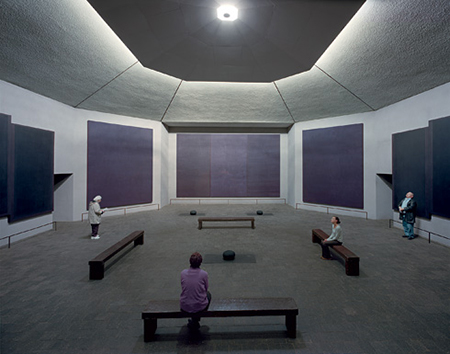 When Rene Descartes famously declared “I think therefore I am,” he not only separated mind and body, he also eliminated soul from the equation. In doing so, he effectively secularized philosophy and accelerated the historical impulse to materialism. If all we are is a thinking thing, then why not accumulate as many material goods as possible to ease, and enhance, our physical existence?

Cartesian dualism has been blamed for a lot. I think the spiritual malaise of Western culture is its worst outcome. This malaise may be most evident in the art world.

Descartes’s life (1596-1650) closely paralleled that of Gian Lorenzo Bernini (1598-1680), Francisco de Zurbaran (1598-1664), Diego Velazquez (1599-1660), and Rembrandt van Rijn (1606-1669). Stylistic differences aside, what these great Baroque masters had in common was their extraordinary ability to depict religious events. This ability was, for the most part, highly valued. Bernini was such a popular celebrity that when he travelled across Europe to meet with Louis XIV, cheering crowds lined the entire route. Velazquez worked for King Philip IV of Spain — but was also called to Versailles to do projects for Louis. Zurbaran also worked for Philip IV, who reportedly called him the “king of painters.” Rembrandt enjoyed periods of success and a continually high reputation — in spite of devastating financial problems.

These artists depicted worlds that appealed to kings and commoners alike.

But as Cartesian thought spread across Europe, the artistic impulse to depict the divine in terms of the heroic actions of Jesus, his disciples (minus Judas, of course), and the saints was undermined. By the end of the eighteenth century, artists were much more likely to paint an aristocrat at war than a saint healing. In fact, one of the most powerful images of healing from the early nineteenth century was Antoine-Jean Gros’s depiction of "Napoleon Visiting the Plague Victims at Jaffa" (1804). Gros appropriated the time-honored images of Doubting Thomas reaching into Christ’s wounds for his figure of Napoleon. At the end of the Napoleonic Wars, when Francisco de Goya portrayed the "Executions of the Third of May, 1808" (1814), he posed the brightly illuminated victim of the “evil empire” as a Christic figure, his arms raised as if on a cross.

There have been religious paintings since then (I actually love Salvador Dali’s versions of Crucifixion), but they are eccentric, outside the mainstream. And if we can’t situate our spiritual impulses in religion, well, what do we do with it? Descartes insisted we eliminate it, and many people have agreed. Others, from Wassily Kandinsky to Kasimir Malevich to Mark Rothko, have cited the spiritual in abstraction. Much as I love Rothko’s work — and especially the Rothko Chapel in Houston — I am painfully aware that many viewers, perhaps most, do not “get” what he and Kandinsky and Malevich were doing. (It’s interesting, isn’t it, that the three artists who first come to mind in reference to spirituality and abstraction were Russian born? And that country most adamantly repressed the spiritual during its Communist era.)

There has been relatively little spiritual art since Cartesian dualism took hold in Western Culture. And what there has been has not been universally — or even widely — understood. Where does that leave us?

It leaves us struggling in a culture in crisis, with hyperbolic politics fueled by corporate greed rather than responsibility, with horrific poverty of the many and obscene wealth of the very few, with empty lives connecting on computers but not in person.

Oncologist Stephen Iacoboni suggests that “[t]he solution necessary to rescue our culture from its present day spiritual decline must necessarily be to reject the dualism of body and soul that Descartes imposed on Western philosophy so long ago. And doing so is actually rather easy. We need only to understand that subject and object must be reversed. That is to say, ‘I am. Therefore, I think.’”  I would add that the “I am” he discusses needs to include the understanding, “I am a spiritual being.” I would love to see the contemporary art world celebrating deeply felt spiritual work rather than cynical ploys for celebrity and its attendant wealth.

I would love to see Craig Antrim’s exquisite encaustic panels worth more than anything by Jeff Koons. And Ruth Weisberg’s shimmering figures that merge time and memory valued higher than anything by Damian Hirst.

I would love it if my colleagues inside the academy and out were no longer wary of the spiritual.