Reflection on a Glial Cell
Editors' Roundtable
by Marlena Donohue 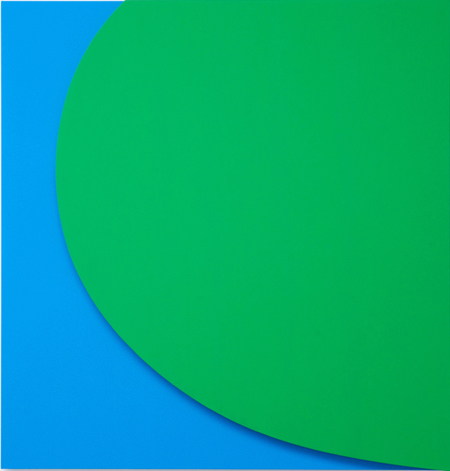 My very formalist studio grad students often say they think imagistically and that they dislike the “added” load that language (or ‘discourse’ —code for the mistaken use of ‘theory’) places on art making. Each time we practice such false compartments, I feel we do art — those who make it and those who draw from it — a disservice.

I find cumbersome tired bifurcations — or maybe these are triangulations — that insist on talking about art in opposition to art history, in opposition to the thing frequently loosely and wrong-headedly termed “theory.”

I would stand on the premise that for a very long evolutionary time and to good evolutionary ends, formal artifact/image, the recalled events that constitute any history, and finally that active framing of any conceived idea within some comparative model have been so tightly matrixed over the millennia that proposing they operate separately in any cultural production seems naïve.

When pressed, my grad students cannot help but acknowledge the angstrom-thin edge separating the creative conception occurring as a ‘picture’ and the subsequent and almost instant narrative, ideological positioning that ferries this 'image' into some creative act. Pressed yet further, they are loathe to deny that the eventual narrative (“I wonder how this yellow will oscillate against the edge of the wall”) pulls with it a vast unavoidable substrata of memory that includes Proust’s madeleines ("In Search of Lost Time" is every critic’s default signal of erudition), personal history, cultural history, art history — the whole shebang.

About six years ago I had the distinct pleasure of interviewing Ellsworth Kelly. I thought we were going to have the most strictly formalistic conversation about chroma and luminosity, edge and shape. To my shock he said that his “spontaneous” image of colored arc against a wall came from the sensuous line of a woman's calf that he spied from the corner of his eye. This mild voyeurism stayed with him as a poetic string of words he jotted down recounting the mood and tone of the moment.

The technology of brain imaging lets us know without a shadow of doubt that any creative endeavor — whether visual, aural or literary — activates in a synaptic ricochet so quick that it must be regarded as quite nearly simultaneous. Spatial centers where we recognize patterns, optical centers where we perceive tonality, language areas in the frontal cortex do their processing, as all the while glial cells ‘talk’ back and forth with stored electrical remembrances.

Now this is not a science journal; I am fully aware that I am writing this for a general audience. My point is that we too often and too loosely invoke false oppositions like theory/discourse vs. art history vs. formal artifact as if these were separable compartments. The brain — like consciousness and hence like experience and creative endeavor itself — turns out to be very rhizomic, frisky, unruly and naturally cross-pollinated terrain, where language and perception about art through time, plus the ideas that have accumulated as language and truth bleed freely between each other.