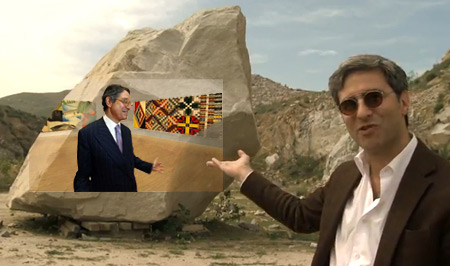 When I first entered the art field, the Los Angeles County Museum of Art (LACMA) was in its second decade on the Wilshire Boulevard campus and yet to expand beyond the original three buildings. The Getty Villa had recently opened, but the future of its ridiculous but contested endowment was yet to be finalized in a seemingly endless court procedure. The Norton Simon Museum had recently failed financially as the Pasadena Museum of Art, despite a progressive program that for a decade had earned it an international reputation, and its still recent takeover by the brilliant but conservative chief of Hunt's Foods smarted. In the late 1970s, with Simon's undeniably exceptional collection of historical art replacing the extraordinary if eccentric vision of Walter Hopps, most artists in Los Angeles felt orphaned.

The standing of contemporary art at the time was that is was just emerging as a force in the international art world, and still struggling to establish its audience locally. A handful of wealthy backers had nurtured a small number of progressive artists for most of the 20th century, and the previous twenty years brought the first whiff of the potential that is now accepted as a given. Artists had re-settled the ratty, though once attractive Venice neighborhood that had fallen on hard times after World War II. This was part of a historical pattern of re-gentrification, a civic avant-garde movement that next took hold in Los Angeles' downtown area. Full of empty lofts that had been sitting vacant for years, just at the time contemporary art appeared to have been abandoned to a fearsome economy of high inflation, high interest rates, and high unemployment in the wake of the Vietnam disaster, artists offered long-suffering property owners a new revenue opportunity. And a small coterie of local art collectors lead by Marcia Weisman (the erstwhile Mr. Simon's sister) injected fresh optimism in the form of a push to establish a new Museum of Contemporary Art, MOCA.

That the Artist Loft District happened to spring into existence within eyeshot of Los Angeles City Hall at precisely the moment that Weisman convinced then Mayor Tom Bradley to lend city resources and prestige to the project was a fortuitous accident of history. The decision to form an artists' advisory council at that early stage gave the mostly youthful loft denizens (of which I was one) a shot in the arm. A number of local art dealers opened galleries in part to be close to where the artists were heading, and also in anticipation of the suddenly real possibility that contemporary art would gain a new focal point. Unlike the Pasadena Art Museum, this was to be built for contemporary art from scratch, with an alliance between art professionals and City Hall as a given. The wealthy collectors would be essential and, as always, their money would translate into power. But the Museum of Contemporary Art would be different, and once it opened in 1983 it clearly was different.

Thirty years later, and for the second time in five years, MOCA's self-inflicted wounds of financial mismanagement (greatly exacerbated by the financial collapse of 2008) have brought an offer of financial salvation from LACMA. LACMA Director Michael Govan is quoted: "… it's easier to raise more money if there is a joint organization," and I have little doubt that he is correct. If the alternative is that MOCA might go the way of the Pasadena Art Museum, then better we place our trust for the long term in a parent institution under which contemporary art will fare no worse than a significant component of a much larger program.

The resemblance that this bears to the corporate consolidation culture that has ebbed and flowed over the last century and a half of American history makes me queasy. I am not convinced that a rich museum endowment is a necessary ingredient of a great museum, particularly a contemporary art museum. No more than I have ever believed that turnstile numbers are indicative of a quality exhibition. MOCA, relatively speaking, has been successful as an art-driven institution, broadly willing to make do with less (economically) by risking more (aesthetically). I don't regard myself as being starry eyed about its record, nor am I blind to the risk that its relative fragility could break it. But I expect MOCA's Board of Directors to be very, well, cautious in considering a seemingly magnanimous offer from which there would be no turning back.