Art Between the Poles
Column by Richard Speer 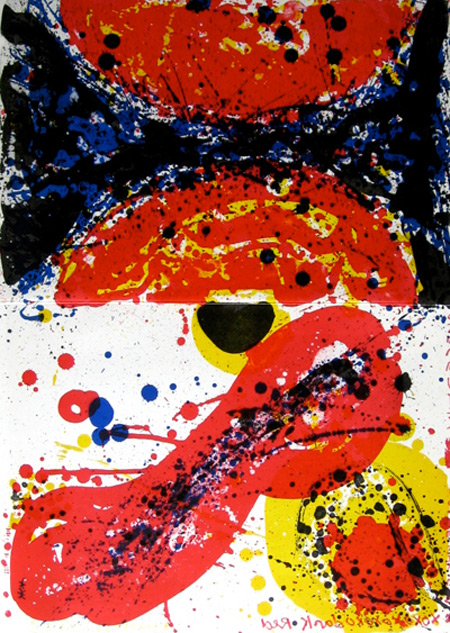 One of the most powerful lyrics in all of opera is sung by a painter. Mario Cavaradossi is the painter and revolutionary who shares the stage with the title heroine of Giacomo Puccini's "Tosca," which the Portland Opera is staging this week here in the Northwest (http://www.portlandopera.org/operas/2012-2013/tosca). Lovers of visual art should listen carefully to the lyrics of Cavaradossi's first-act aria, “Recondita armonia” (“Obscure harmonies”), one of the most passionate distillations of the power of art ever set to music. The painter delivers it as he stands at his easel in Rome, painting a portrait of Mary Magdalene. He models her likeness on a blue-eyed blonde he has met named Attavanti, but as he paints, his thoughts wander to his dark-eyed, raven-haired lover, Tosca. Noting the contrasts between these two, he marvels that the women's superficial differences somehow resolve into a kind of overarching, if obscure, harmony. How can this be? The answer, he concludes, lies in the mysterious power of art to reconcile divergent kinds of beauty: “L'arte nel suo mistero le diverse bellezze insiem confonde.”  Which means:  “Art, in its mystery, blends diverse beauties together.”

One-hundred-twelve years after the opera's premiere, this aria still speaks to what art, at its best, can do: find harmony within dissonance, integrate false dichotomies, and ferret out common ground in the face of polarizations thought to be intractable. Today, as art-lovers toggle wirelessly across the historical canon and contemporary practice, we are called — no, required — to appreciate and contextualize a Titian, a Hiroshige, a Paul McCarthy, and a Mickalene Thomas with egalitarian fluidity. The provincialist monomania of what used to be called “personal taste” is defunct. Any self-respecting curator, critic, collector, or gallery-goer must now, like Cavaradossi, hone in on the obscure harmonies that resolve into a coherent “big picture.”

This is a good thing, of course. But too often, in the course of our dutiful traipsing from Kassel to Basel to Venice and back, we forget that surfing this great postmodern heterogeneity of ours is not only our lot, it is our joy as well, our labor of love, our source not only of aesthetic satisfaction but also of our capacity for tolerance as human beings. Eclecticism is not only an academic and political imperative, it is also a thing of wonder. As Ai Weiwei wrote in ARTFORUM last September, modern communication platforms have affected artistic expression in ways that are “almost inconceivable ... miraculous, more intense than legends.”

Cavaradossi's “Recondita armonia” encapsulates that miraculous power in a manner I take very personally. On the walls of my apartment are two prints that symbolize what I take as the aria's message. One is an Italian lithograph of a 1921 composition by Piet Mondrian; the other is a Sam Francis lithograph from the 1964 folio "1¢ Life." Both pieces have essentially the same palette of primary colors, but as you would expect from these iconic artists, the Mondrian concretizes delimitation and order, whereas the Francis splatters forth in a riot of willy-nilly gesturalism. Side by side, their commonalities and disparities harmonize as dramatically as Attavanti's and Tosca's dueling beauties. Between the metaphoric bookends of those prints lies the dialectical path we each negotiate in daily life: between control and chaos, discipline and indulgence, long-term responsibilities and immediate gratification. Between the poles of thesis and antithesis, art can guide us to synthesis. That is part of its mission and magic.