Moby Dick in the Pandemic
Feature Article
by Margaret Hawkins 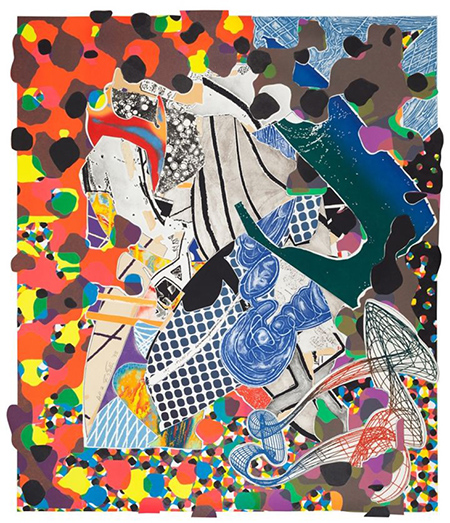 I read “Moby Dick” this summer, preparing to teach it this fall.

I was hungry for something consequential and thought my students might be, too. I craved content that was soulful, dense, dark. Longer than 280 characters. Chapter 42 (“The Whiteness of the Whale”) features a sentence that runs to 467 words.

The project felt crazy — tackling Herman Melville’s 1851 epic about a vengeful sea captain chasing an albino sperm whale through the oceans, while I was social distancing in the Midwest in the middle of a pandemic, then trying to talk about it over Zoom with 38 anxiety-ridden undergraduates — but so did everything last summer. Soon I was hooked.

I knew the story, sort of, about Ahab steering his crew toward oblivion in monomaniacal pursuit of the elusive and uncannily intelligent whale that bit off his leg. But I had no idea the book was also about race and justice, greed and virtue, fear and courage, fate and God and will and reincarnation, the crimes of colonialism and missionary-ism, the smug heartlessness of the pious, the decency man owes to animals but fails to pay. Oh, and WHALES.

Ah, so much about whales. True, there’s some 19th century science and Melville erroneously calls Moby Dick a fish, but, really, who cares. He gets the big stuff right. In Chapter 86, “The Tail,” Melville praises the whale’s flukes: “Real strength never impairs beauty or harmony, but it often bestows it.” Later in the same chapter he describes how sperm whales fight their fellows with their heads and jaws, reserving their tails, “contemptuously,” for human foes.

Melville’s language is enticement enough to read the book. Biblical, nautical, and Shakespearean all at once, it nods to the bard’s love of the bawdy and the phallic pun. The book is funny! Also radically irreverent. Mostly, though, it’s haunting. Chapter 23 offers this: “Better it is to perish in the howling infinite than be dashed upon the lee.” It will send you to the dictionary to look up lee, which means protective shelter.

I worried about my students wrestling with the vocabulary, especially in the sterile context of Zoom discussions, but the first week, when a girl returned from a breakout room and said, “So we looked up woe …”, I knew it was going to be OK. We’re all looking up woe these days.

I’m a slow reader. Even scanning a menu, I fall behind, lingering on words like tender. This book took me a good month. I got myself three copies, two from the library. My favorite edition has large type and is illustrated with Rockwell Kent’s woodcuts. It’s like an 800-page children’s book about death. And whales.

I’m tempted to say the whales are the only noble characters in this book, but that’s too simplistic. All the characters are complicated, even Moby Dick, and Captain Ahab isn’t evil. This moral subtlety surprised me, accustomed as I am to a world where the word “evil” gets slung around a lot. Melville is too great a mind for that. This book is not about evil. It’s about the deadliest sin, pride. It’s a book for our times.

The book is about obsession and soon I was obsessed, too. I started following my husband around the kitchen in the morning, reading bits out loud while he boiled eggs and cut up fruit, excitedly paraphrasing scenes.

“Science! Curse three, thou vain toy!” I shouted, imitating Ahab trampling his quadrant with his whalebone leg, destroying the one tool he might have used to steer them out of the typhoon. How could he — the masts were burning like taper candles! Yet, I understood. I was thinking of GPS and my laptop and the gas grill I couldn’t figure out how to light.

Then the grimmer parallel dawned. I remembered another lost, vengeance-obsessed captain on a four-year voyage who turned his back on science and steered his crew into the storm: on purpose.

I finished reading the book on Labor Day, on my landlocked patio, rooting for the injured whale but heartbroken, too, for the senseless suffering of the loyal men who fought it and died. I mourned all the hunted creatures in the sea and all the suffering humans in Melville’s world, the children on shore waiting for fathers who would never come home, and the suffering creatures in my own world. And even Ahab, tragic in his wasted life.

Then a gust of autumnish wind blew through the yard. My pile of yellow stickers, with notes scrawled on them that I’d been transferring from my library edition to the smaller-print student edition, suddenly lifted into the air and swirled into a little vortex like the one that took down the Pequod. I gathered up my things and went inside. Later, when I looked in the mirror, I saw that one of the little notes had stuck to me. I was wearing a tag that quoted Starbuck: “It’s a brave man that weeps!”

I’d worried that reading a book this long, written so long ago, might further deaden my sense of reality in an already unreal time. But the exact opposite happened. I haven’t felt this excited in ages. Now I’m thinking ahead to November, and I have to say, I disagree with Ishmael. In present circumstances, being dashed upon the lee is better than perishing in the howling infinite.