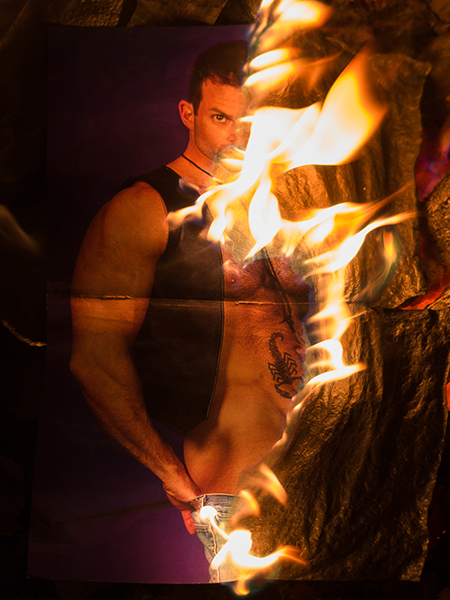 After Gay Art in Seattle during the 1930s to 1950s, there was AIDS Art. After AIDS Art during the 1980s and 1990s, there was Queer Art, the period in which we are now living. In Seattle, the transitions were subtle but distinct. A few male homosexual artists of the 1940s and 1950s — Mark Tobey, Morris Graves and Guy Irving Anderson — dominated the art scene critically and commercially, and were among the few Northwest artists to achieve national and international acclaim Tobey was bestowed the Grand Prize at the 1958 Venice Biennale. However, with the rise of competing modernisms at the University of Washington School of Art, Paris-trained academics such as Walter F. Isaacs, Ambrose Patterson, Spencer Moseley and Wendell Brazeau, introduced new generations of non-gay artists and faculty members who supplanted the primacy of the gay "mystics," (so called by "Life" magazine), presenting more heightened forms of abstraction like Op Art (Moseley, Brazeau and Francis Celentano) and Cubist figuration (Jacob Lawrence, Andrew Keating).

Before AIDS Art, but after Gay Art, there were transitional figures who fused male figuration with homosexual subculture references. They prepared the way for the resistant expressions of AIDS Art. Paul Dahlquist, whom dealer Greg Kucera called the "Walt Whitman of Northwest Art," photographed nude models in the vein of Wilhelm von Gloeden and George Platt Lynes for over 50 years. He accentuated modernist compositions long before Robert Mapplethorpe. Howard Kottler, a UW ceramics professor, lost his life not to AIDS, but to the studio hazards of ceramic glazes, powdered metallic lusters, and other toxic chemicals that led to his death from lung cancer at age 59. Aware of his imminent demise, Kottler's final body of work involved large-scale, stacked ceramic sculptures of seated dogs concealing genitalia and other encoded male iconography, along with Dymo-label messages of longing and desire for the beloved. Claire Garoutte was more overt in her black-and-white photographic imagery of same-sex, mostly female, sado-masochistic couples in equestrian attire, among other get-ups. The only lesbian in our discussion here, her work resembled and anticipated younger male artists who followed, including Steven Miller, discussed below.

The advent of the HIV-AIDS crisis shifted the focus from submerged gay symbolism to outright social and political subjects. In Seattle, the major figures were Keith Lewis and Michael Ehle, who presented alternately strident and softer responses to the epidemic. Lewis' jewelry for men depicts anguished figures expressing outrage and despair at their fates. One body of work tracked the disease's progress in 12 friends through rings, brooches and neckwear. Ehle's last works before his death from HIV-AIDS expressed the spectre of the disease through allegory and symbolism. "Falling" and "Sword Swallower," two gouaches joined by another image of a nude male flying through a ring of fire, accentuate the dangers and risks of illicit drug use in the gay community.

Two traveling exhibitions are milestones in the history of Gay Art in Seattle, although both were organized by the Tacoma Art Museum. Chief curator Rock Hushka hosted Jonathan Katz's and David Ward's huge survey of gay portraiture, "Hide/Seek: Difference and Desire in American Portraiture." A few years later, Hushka co-curated with Katz the yet bigger and more pertinent "ArtAIDSAmerica" (2015-16) at its only West Coast venue after a national tour. Both surveys were alternately criticized by and embraced by local queer communities involved with AIDS activism. The cumulative, comprehensive nature of both shows affirmed the history and direction of like-minded artists in the Puget Sound area of Seattle and Tacoma.