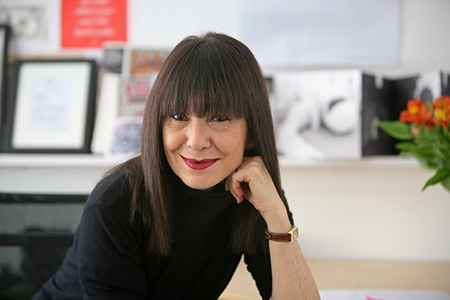 When an MSNBC commentator dubbed Donald Trump "a performance artist" after his antics at a televised meeting in the Oval office with Nancy Pelosi and Chuck Schumer last December, my blood boiled. Aggressive showmanship is not performance art, and our president is no Joseph Beuys. Such a label is patently inaccurate, and in a era when our highest office delights in make-believe accounts that serves itself rather than the country, it behooves the journalistic corps to get their appellations right. To erroneously describe the president as a performance artist not only plays into the dangerous game of hyperbolic, knee-jerk, word jockeying that typifies the current political discourse, but more importantly, it trivializes the history of a medium whose critical practice was a key aspect of the 20th century artistic avant-garde. The term belongs to the ranks of Beuys, Tristan Tzara, Robert Rauschenberg, Carolee Schneeman, Yoko Ono, Alan Kaprow, Vito Acconci, Ron Athey, Adrian Piper, Marina Abramovic, Tino Seghal, William Pope. L … the list goes on of those canny purveyors of cultural thought and sensation. Performance artists are committed artists, not politicians behaving in histrionic ways.

To offer a clearly needed, performance art primer to our MSNBC colleagues, we turn to the now classic text from the late '70s, wherein RoseLee Goldberg set out some of the basic tenets of the medium and presented a historic chronology beginning with Futurism and Dada in the early 20th century. Goldberg, the founder of the New York performance art biennial Performa, underscored that the key to performance art was that it happens in direct contact with a public outside of the traditional museum-gallery system. (Granted Trump's oval office meeting was outside the conventional art arena, but with TV cameras rolling, and no live audience present, this was not performance art even in that sense). Performance art has struggled with its place in art history because of the ephemerality of the medium and the circumstance that very few records of Futurist, Dada, Surrealist and other early events exist. Unlike physical art objects that can be collected, catalogued and displayed, performance art is time-based and fleeting, and the documentation of its having happened is all that may ever remain. This has currently become a sticking point in our market driven system, as performance art documentation itself has become precious and thereby collectible, going against the medium's first principle of circumventing the marketplace.

In Goldberg's text, she explains, that unlike theater with its division of labor between playwright, director and actor, in performance art the performer is the artist; actions tend toward the non-narrative; and they can last from a few minutes to several days or even months. Following Goldberg, the more open term, "Live art" has become the preferred lingua franca of late, allowing the medium even more breadth. And while many of Goldberg's assertions still hold, the ever-consuming culture industry now regularly includes performance art as part of its programming in traditional art venues. Performance groups are often comprised of members with diverse responsibilities. Performance art today might be less independent of the larger institutions it once hoped to dodge, but it is still uncompromising in its radical liveness. To encounter performance art is to step into the visceral terrain of human engagement.

Performance art is on the rise again. Perhaps this is a result of scholars, with enough critical distance, now historicizing the 1970s when the form was first considered a veritable artistic method. Performance art has also been revitalized in response to the dominance of our digital environment. In the academy, performance art classes have robust enrollment, and out in the art world, live art draws crowds. Chicago has seen a return to the heady days of the once thriving Randolph Street Gallery performance program, with Links Hall again active, as well as the Museum of Contemporary Art's performance series. Curator Hendrik Folkerts, specializing in performative work, recently initiated a schedule of performance artists at the Art Institute of Chicago.

Against the incessant pings of our iPhones and the fixating allure of so much information to chase and accumulate on our various tablets, performance art provides a respite. Involving real space, physical bodies, and often the mystery of the unclassifiable, performance art forces us to slow down and enter into a contemplative, communal, analog experience. With performance art, we are in the realm of immaterial knowledge. It was established as a gesture of anti-commodification, a valuation of ideas over products, and is a conceit now urgently relevant in an increasingly frenetic and hyper-materialistic society.

So, while the journalist at MSNBC misspoke, at least he publicly offered up the idea of performance art as a current phenomenon. Now let's just get the facts straight and celebrate performance art's contributions to the social and civic good. For it is only through empathetic engagement with others, through a sense that we are all in this together, where liberal humanism thrives. Thoughtful performance artists demonstrate such a claim while the current president only courts discord.