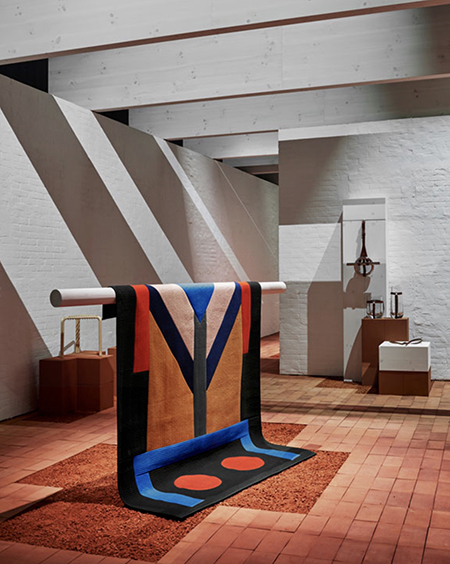 Periodically I teach a workshop called "How to Write an Effective Artist Statement." One of the things I admonish the attendees is to never shy away from adding a sentence to their statements describing what thoughts or emotions they hope to elicit from the viewer. This advice invariably encounters resistance, and I think there are a few reasons why. For starters, the artists I teach fall into two camps: those who haven't attended art school and those who have. Those who haven't often don't have the words yet to describe what they hope the viewer will take away. Those who have can marshall plenty of words, but want them to be all about themselves: their private preoccupations with form, space, line, memory, gender — the standard MFA talking points. The viewer's experience is secondary or irrelevant. When I interview artists for profiles or catalogue essays and ask how they envision the viewer's experience, often I'm met with a long pause, followed either by "You know, I've never thought about that," or a haughty "That's not my concern." It's as if even considering the viewer would amount to pandering worthy of P.T. Barnum.

I understand and appreciate that to create, artists must honor their individual visions and the paths down which those visions take them. But I also believe that artists benefit when viewers — including gallerists, curators, and collectors — have an "in" to the artist's concerns and some guidance about how to respond. This benefits artists in ways both philosophical and pragmatic. It is not a lack of integrity, but an act of magnanimity to help others understand what we are trying to accomplish and why. It runs contrary to the elitism of expecting lay viewers to enter exhibitions cold and automatically infer, by virtue of sheer intellect and insight, what exactly is implied by a giant Paul McCarthy butt plug or a Marina Abramović stare-down. Furthermore and less altruistically, to "lead the witness" by tipping one's hand, even slightly, almost always serves the artist's self-interest. To self-disclose and invite identification is to set the stage with a Jedi mind trick of sorts: "These aren't the droids you're looking for, but here's what you'll find in my work, and here's what you might feel."

Inevitably at this point in my workshops, someone pipes up: "But I want viewers to form their own interpretations! I don't want to dictate their responses and ruin their thrill of discovery." To which I respond: Don't worry, and don't flatter yourself. Ultimately people will think and feel whatever they want. What I'm talking about is not coercion; it's the power of suggestion as a tool for communication and empathy. This happens much more in the utilitarian realm of design than in fine art. For example, last year Hermès commissioned artist Seulgi Lee to create a quilted cashmere blanket based on a Chinese parable. When asked about the piece in Architectural Digest, Lee answered simply, but in a parlance directed at a design clientele: "I like to imagine that these proverbs can influence the dreams of people who use the blanket." Those seventeen words are not art-speak; they are a web of enchantment — and a web with which to capture most significantly the dreams but also the dollars of consumers.

Similarly, when Tiffany & Co. created a new jewelry series called "Paper Flowers" last year, the company's chief artistic officer, Reed Krakoff, told an interviewer: "We wanted to create a juxtaposition that makes the familiar feel new again, and we started with the idea of a flower, cut from paper — the perfect, pure canvas where anything is possible." Again, the language is deceptively simple, but who wouldn't want the familiar to feel new again? Who doesn't covet something perfect and pure that makes anything possible?

While this type of perfumey, allusive language may be the bane of graduate programs, once in awhile it pops up in contemporary art, usually uttered by someone considered slightly vulgar. Jeff Koons, asked to explain the appeal of his sculptures' reflective surfaces, recently responded: "To be able to reflect on things is to affirm. Not only is the self affirmed, but everything around you. The entire universe becomes affirmed when dealing with the reflective object." That may be hokey, but it's certainly not punting on drawing the viewer into the object.

Likewise, the red-hot genre of interactive art and the walk-through, LED-lit, mirror-spangled, fire-spurting spectacles of Burning Man, are a democratizing, if often infantalizing force for advocating viewers-cum-participants. The pendulum-swing between withholding and oversharing intent doesn't have to be all or nothing. My advice to artists remains: Don't be a miser; involve your viewers; inform their experiences. The more information you share, the greater your opportunity to communicate something meaningful.